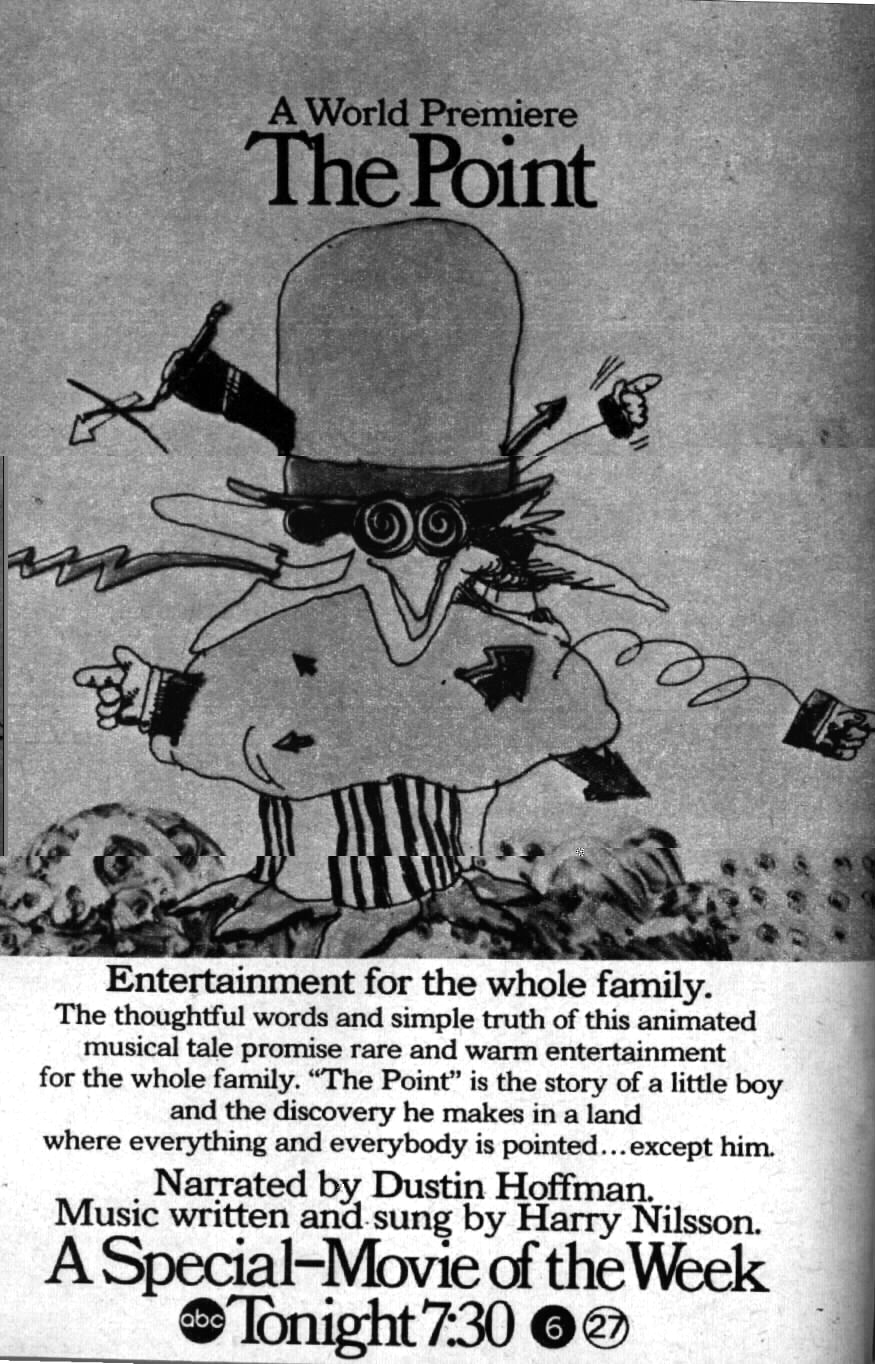 Once upon a time in the town of Point, everything - all the buildings, trees, and even the people were pointed. Except for one little round-headed kid named Oblio.

The Point! is a wonderful adventure, enchanting both children and adults since 1971. 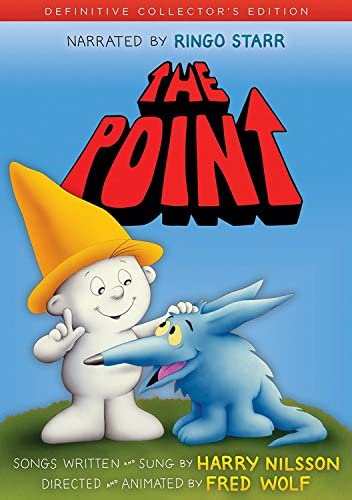 The Point! debuted as a "movie of the week" on the ABC television network on February 2, 1971, at 7:30pm. Dustin Hoffman narrated the animated tale of Oblio and Arrow's adventures in the Pointless Forest.

Alan Barzman recorded narration for the film before Hoffman recorded his version. Barzman's recording provided a reference for the animators and a guide for Hoffman.

Apparently due to a contractual dispute, the version with Alan Barzman narrating aired on ABC in December of 1974.

Alan Thicke narrated a later version when it played on the Disney Channel.

Nilsson first conceived the idea for The Point! while recording his Nilsson Sings Newman album. At the time Nilsson was working on the song "Think About Your Troubles" and described to Allen Zentz, the recording engineer, how Nilsson often visualized songs as cartoons.

Mike Lookinland (best known as "Bobby Brady" on "The Brady Bunch") provides the voice of "Oblio."

The Point! has also been staged as a play a number of times. The most famous version is the 1977 London version starring Micky Dolenz and Davy Jones.

Fred Wolf Films has proposed an animated TV series, The Never Ending Adventures of Oblio and Arrow, based on The Point!.