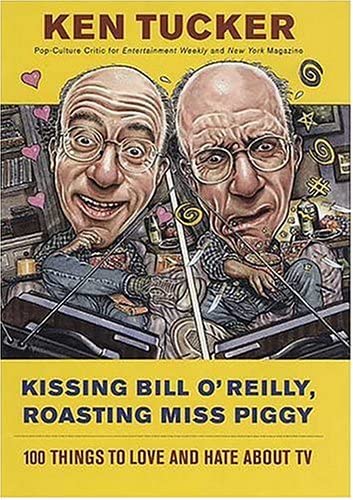 In this book, Ken Tucker enumerates the best and worst on television. Harry Nilsson's The Point! makes the list in the "Love" column.

Sweet but never sappy, The Point! is a near-forgotten little remnant of late-counterculture mass culture outreach whose melodies live on in the back of some of our heads, and, with its release on DVD may yet happily cloud the minds of future generations as well.

Bill Bixby's performance as Tom Corbett in "The Courtship of Eddie's Father," however, appears on the "Hate" list.

Corbett was the worst kind of narcissist: a dashing widower who let his son (scrunched-face cute Brandon Cruz) set him up with honeys. [...] It must have been like having the young Warren Beatty as your father.