Harryfest 2001 was held in London, England, starting on May 4, 2001, at the Hotel Russell. Designed in the late 1800s by architect Charles Fitzroy Doll, the hotel's dining room is said to resemble the Titanic's first-class restaurant (also designed by Doll). [1] 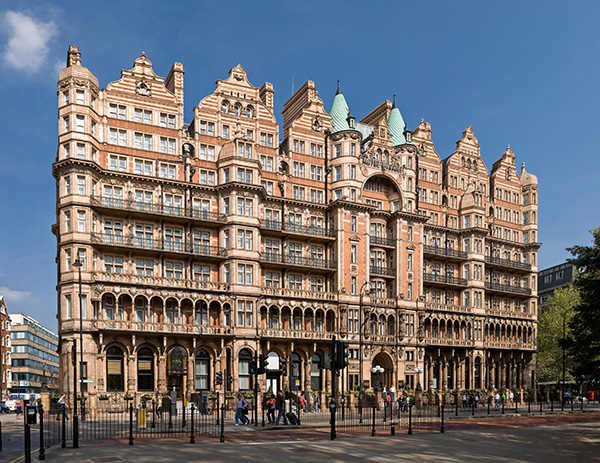 The event began Friday evening with introductions centered around an "Anglo-Saxon Welcome to Harryfest 2001" buffet. 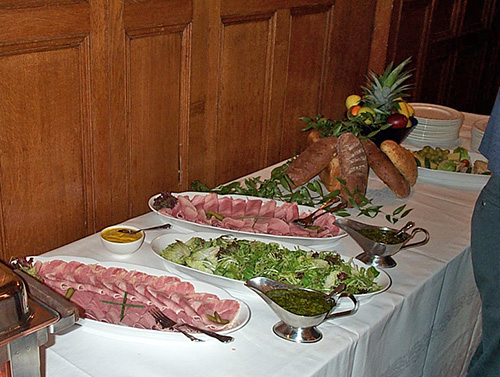 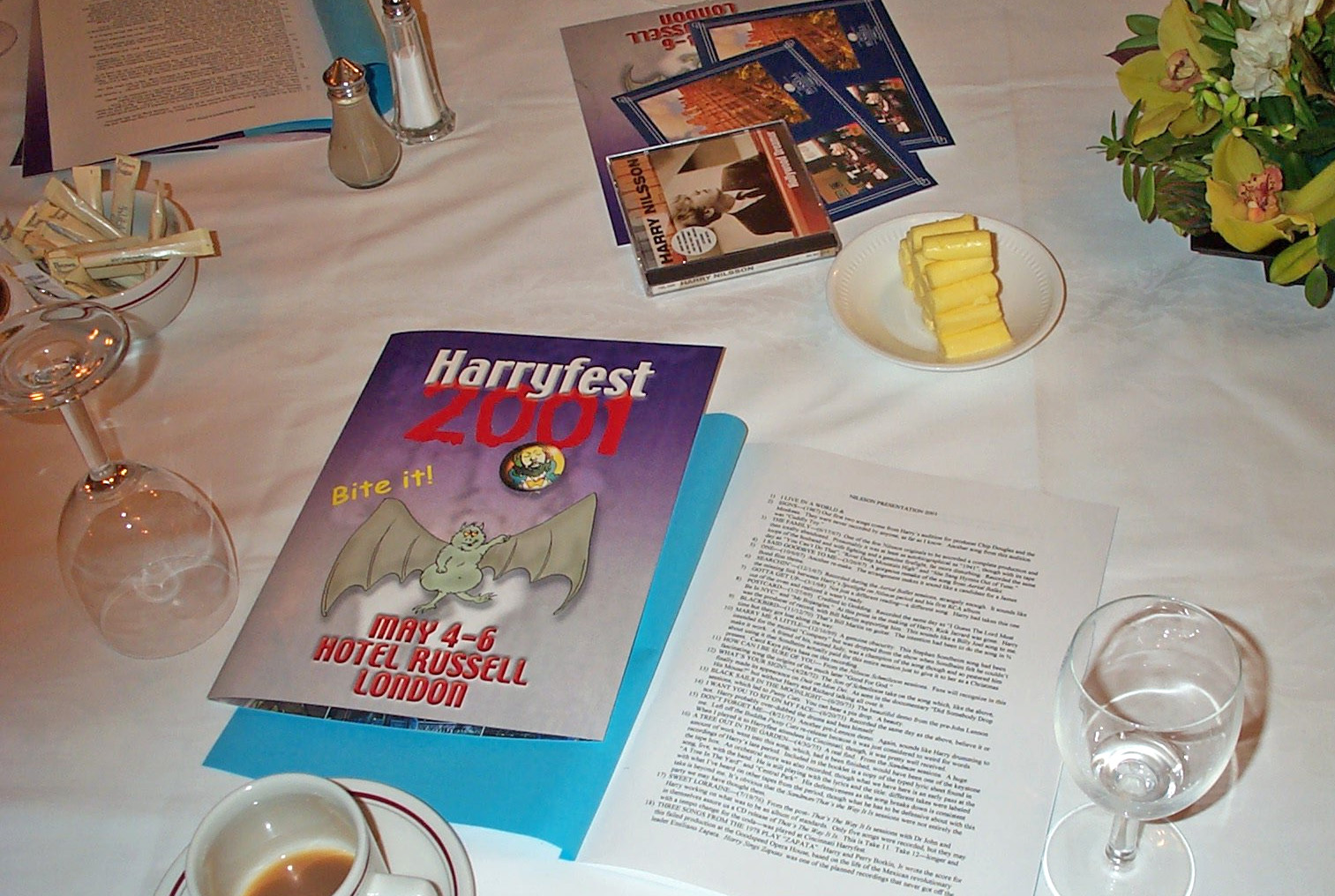 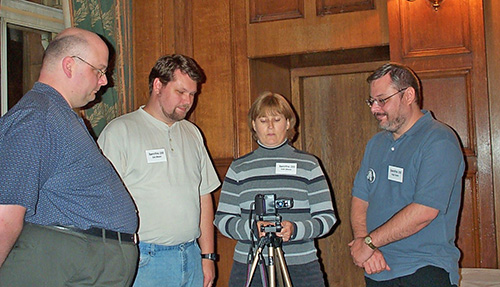 On Saturday morning, attendees boarded busses for a tour of London with lunch at the Hard Rock Cafe and a visit to the London Eye. 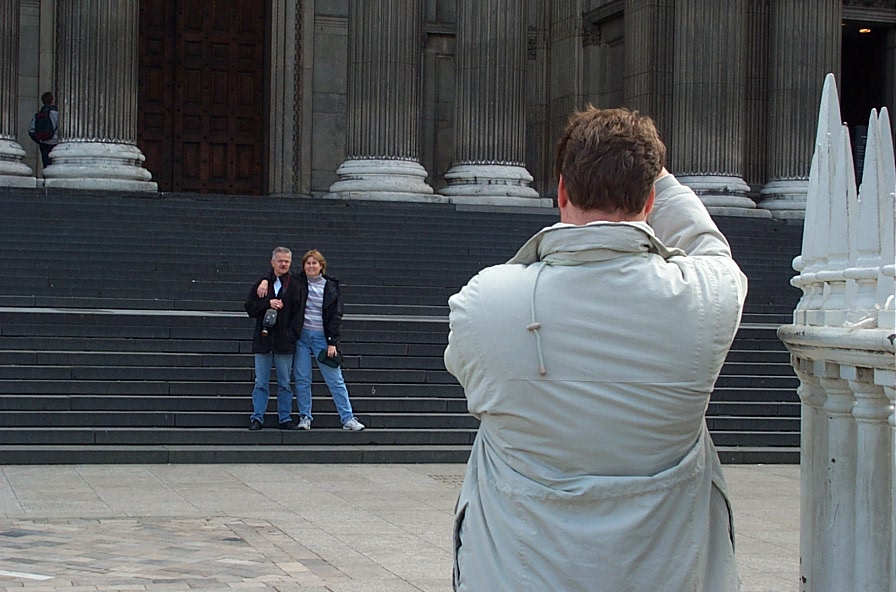 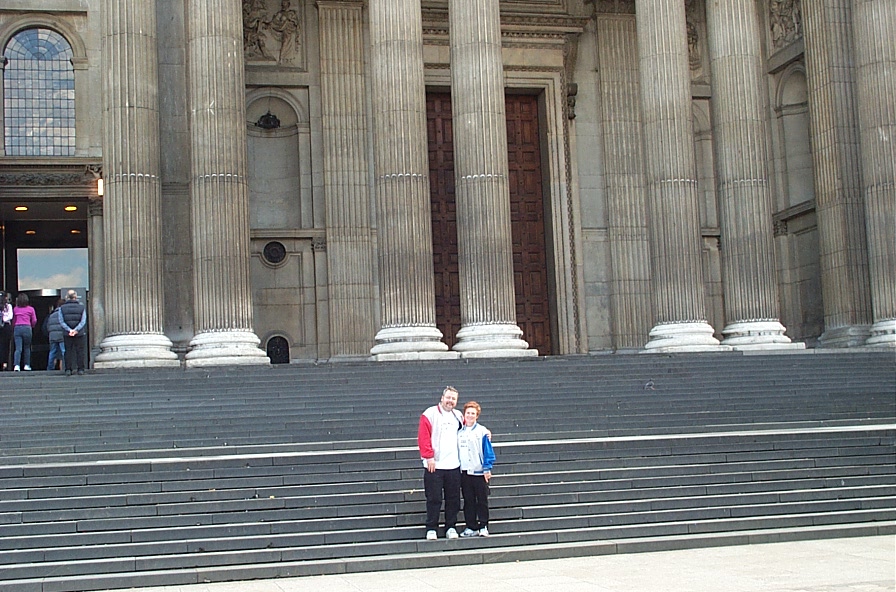 Some of the Stops During the Bus Tour of London 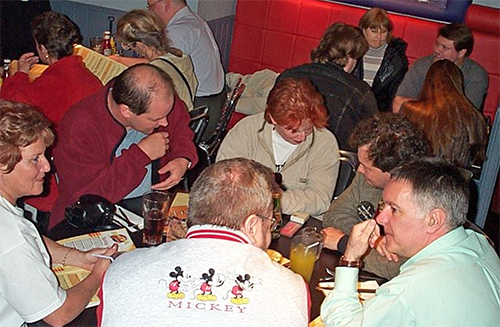 Lunch at the Hard Rock Cafe 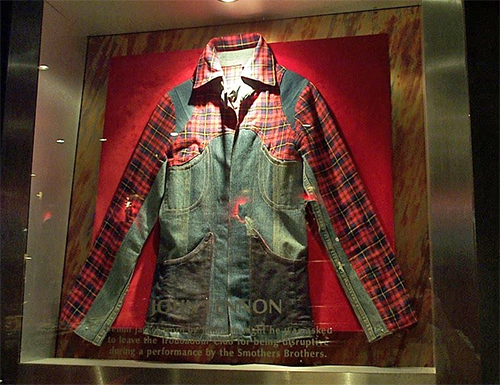 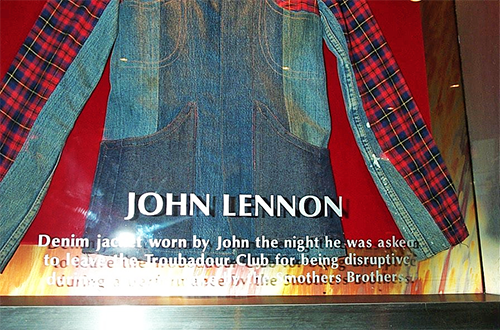 Coincidentally, at the Hard Rock Cafe, many of the Harryfest attendees sat at tables next to the jacket worn by John Lennon when he and Harry were politely asked to leave the Troubadour after they warmly greeted the Smothers Brothers. 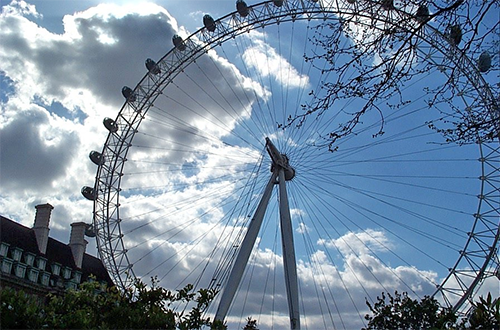 Waiting to board the London Eye, a BBC Radio reporter, Ronnie Bergman, interviewed some of the Harryfest people. 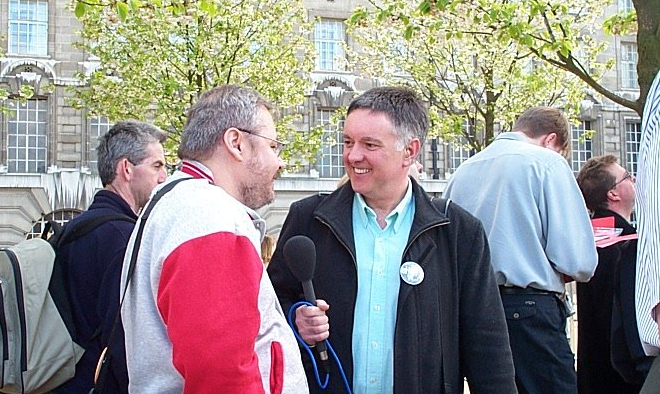 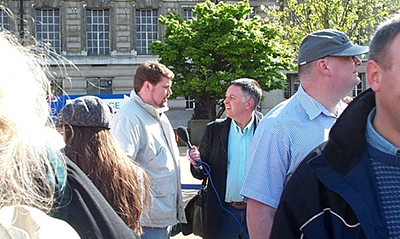 Onboard the London Eye: 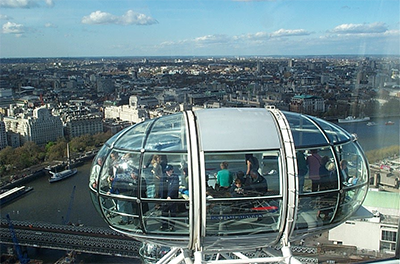 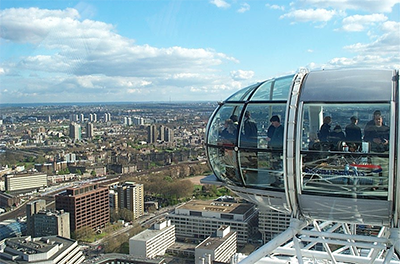 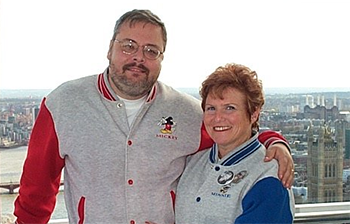 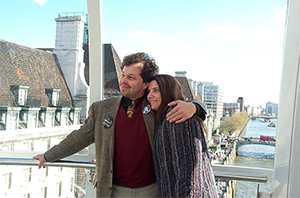 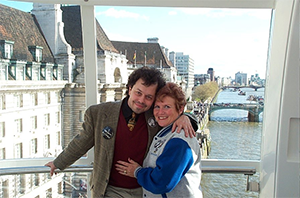 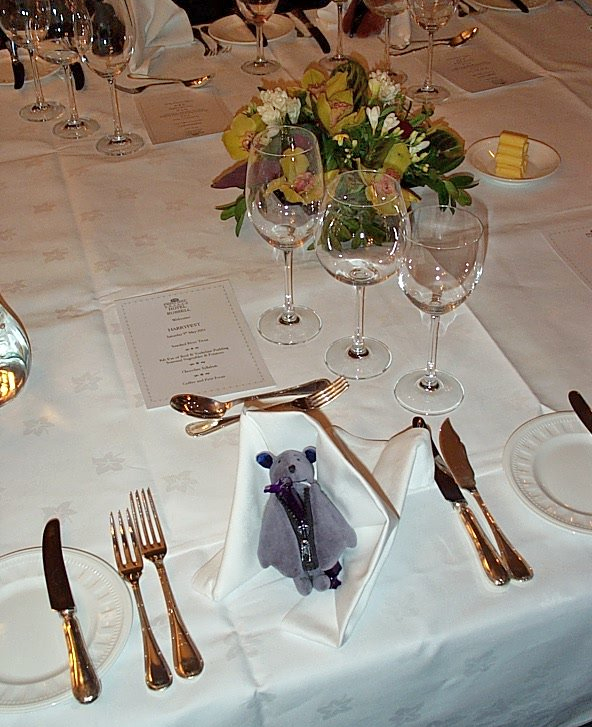 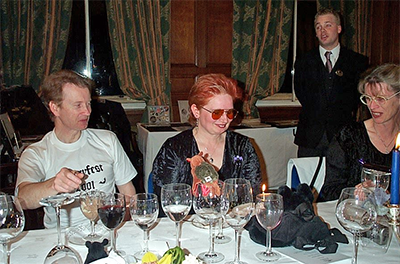 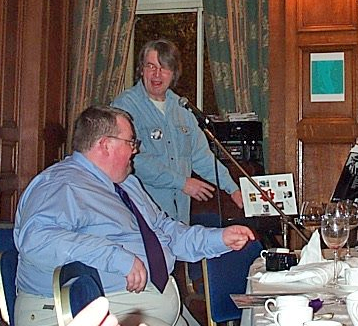 Marc Harry: I got to know Rob early in 2001 while co-organizing Harryfest 2001 (London). He was our special guest for the banquet and he spoke to me on the phone several times from his home near Swansea. He admitted to me that he was not well, but he was very keen to attend the event - which he did with his son, coming up to London on the train.

We had all eaten very well and I had performed, with my pianist Alvin, a selection of Nilsson favorites and, finally, Rob rose to speak, telling us great stories about his adventures in swinging London with Harry and George Harrison. Tragically, at the end of his talk Rob collapsed into my arms having suffered what turned out to be a fatal heart attack.

He went the same way as his hero Harry at least, and we know just how much he wanted to be there with us that evening. He had planned to auction off some memorabilia that night including a signed copy of The Point! and the original artwork for the A Touch More... album. Of course, that did not happen, but a donation was made from the Harryfest delegates and sent to the British Heart Foundation in memory of both Rob and Harry. [2]

Harryfest 2001 ended with a "Goodbye Brunch" on Sunday morning.