The Boy Who Always Said "No" article 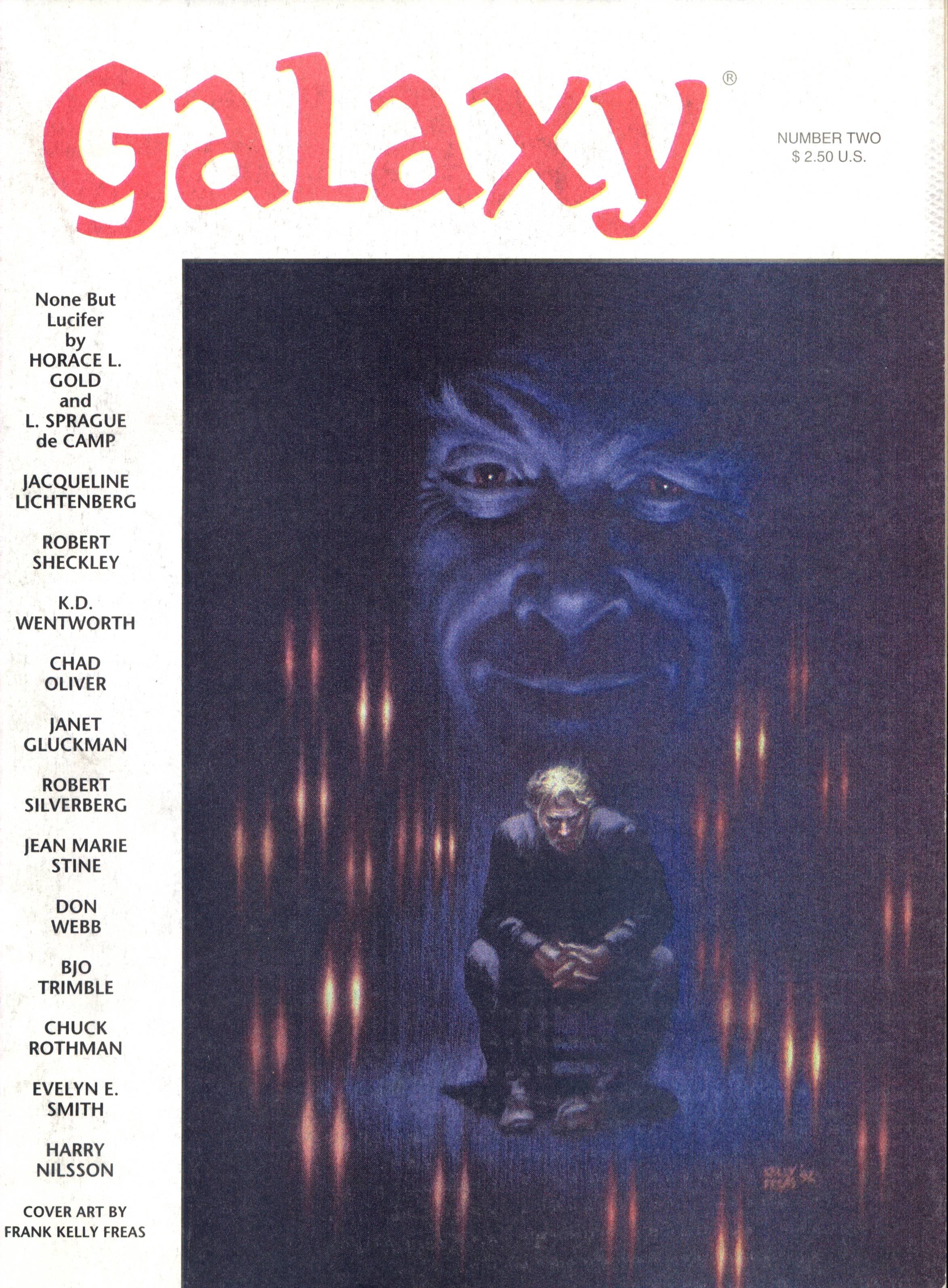 THE BOY WHO ALWAYS SAID NO

Harry Nilsson, the singer and songwriter best known for The Point! and the soundtrack to Midnight Cowboy, had a childhood dream: to write for Galaxy Magazine. Initially edited by H. L. Gold, Galaxy was the most popular science fiction magazine of the 1950s to 1970s.

In 1993, Harry and his family spent Christmas with H. L. Gold's son, E. J. Gold. During the stay, Harry wrote "The Boy Who Always Said 'No'" and collaborated with Gold on several other short stories and the outline for a novel.

In 1994, EJ rebooted Galaxy as bimonthly magazine. Harry's story appeared in the second issue which was published in March of 1994 - making Harry's dream finally come true.

Once there was a boy who always said no. No matter what his parents would ask him, or what his teachers said, or his friends would say or the town bully would threaten, he would just say no.

"It's time to go to bed, now," his good-natured dad would gently remind him.

He would always invariably say "no."

But then one day, his father - who worried a great deal about the boy - happened to be coming home early and he happened to pass a store which he'd somehow apparently never noticed before.

In the window were boxes, uncountable hundreds, maybe thousands, some large, many small, and very many in between. And every box had a symbol and a sign - one an exclamation point, one a question mark, one a tiny walrus, another filled with spots and dots.

Every box was different, yet every box the same. The symbols gave the number, the number gave the sign. He

couldn't figure what they sold, unless it happened to be boxes in a bewildering array of size and color, shape -- and content? What was in them, he wondered.

The father says, "Excuse me!"

The father says, "How did you know that?"

The old man says, "How did you know to come here into my shop?"

The old man says, "Here's what you need." And he gave him a box with a special unknown marking on it.

The father says, "One dollar?"

He gave the man a dollar. He went home. The old man had told him, "-- by the way, don't open the box; don't even have your little boy look inside until he's ready to go to sleep. Remember - just before he falls asleep, give him the box."

So they had dinner.

"No." He ate the mashed potatoes.

"How about a second helping?"

"No." He ate the second helping.

He had another bowl of ice-cream, and then it was time for bed. His mother took him upstairs to the bedroom, and his dad came, too.

"Now, son," she said as they entered the bedroom, "I want to tell you a little story before you go to sleep ... are

you still with us? Are you still awake?"

And they waited and they watched him, and pretty soon his eyes started fluttering like butterflies, and they said to each other, "this is it. This is the moment just before he goes into sleep."

And as he closed the box with a smile and entered Dreamland, the little boy said, "No."