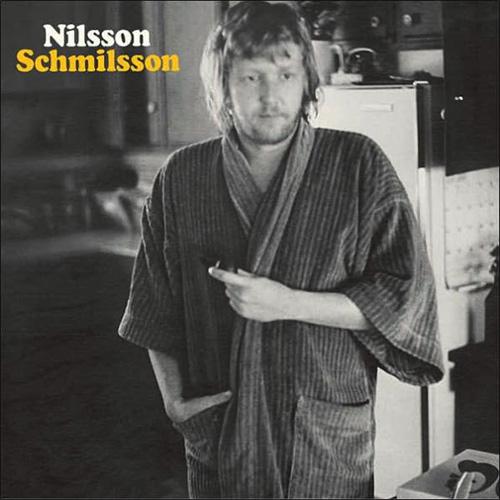 Produced by Richard Perry. Nilsson Schmilsson is Harry Nilsson's best-selling album. It spent nearly one year on the charts, reaching #3, and going gold.

That album was a great meeting [of minds] ... I was so glad to meet Richard Perry, because he was thinking the same thing I was thinking at the same time: now let's go to work and do some rock 'n' roll and get down!

The album's name comes from a discussion Harry had with some of the musicians about possible titles. One of them said "Nilsson ... Schmilsson. It doesn't matter much what you called it ...."