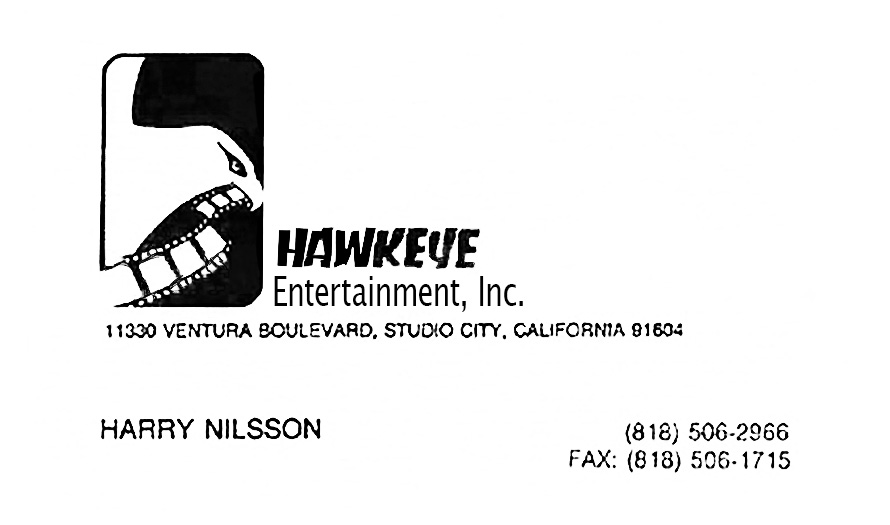 Harry Nilsson was a co-founder of Hawkeye Entertainment (NASDAQ/SBIZ) which was incorporated in Colorado on October 23, 1985.

Cindy Sims was President of Hawkeye which was located at 11330 Ventura Blvd in Los Angeles, California. Terry Southern was appointed a director of the company. James Hock, Jr. served as Chief Executive Officer (CEO).

Si Litvinoff was the Senior Executive in Charge of Production. Rick Riccio was vice president of music development and marketing.

In mid-1987 Harry Nilsson replaced James Hock as the CEO and president of Hawkeye.