Released in 1976, Harry Nilsson's ...That's the Way It Is album consists mostly of covers. 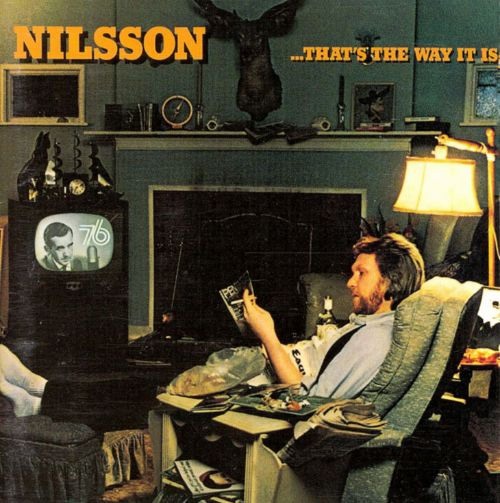 ...That's the Way It Is consists mostly of covers.

Once again, Harry had trouble with RCA over the title of an album. This time he won.

I wanted to put out an album called 'That's the Way It Is.' They said 'You can't.' I asked why? 'Elvis has already used the title.' Is there a copyright on a title? I'd had enough. I think I paid them back some money to get out. I know I left in the black and not many artists can say that.

In the photo on the back cover is a copy of God's Greatest Hits.