On April 14, 1896, Carl Nilsson received a patent on his Aerial Ballet apparatus which was a centerpiece of Nilsson's Aerial Ballet.

Carl Nilsson became a naturalized US citizen in 1923. 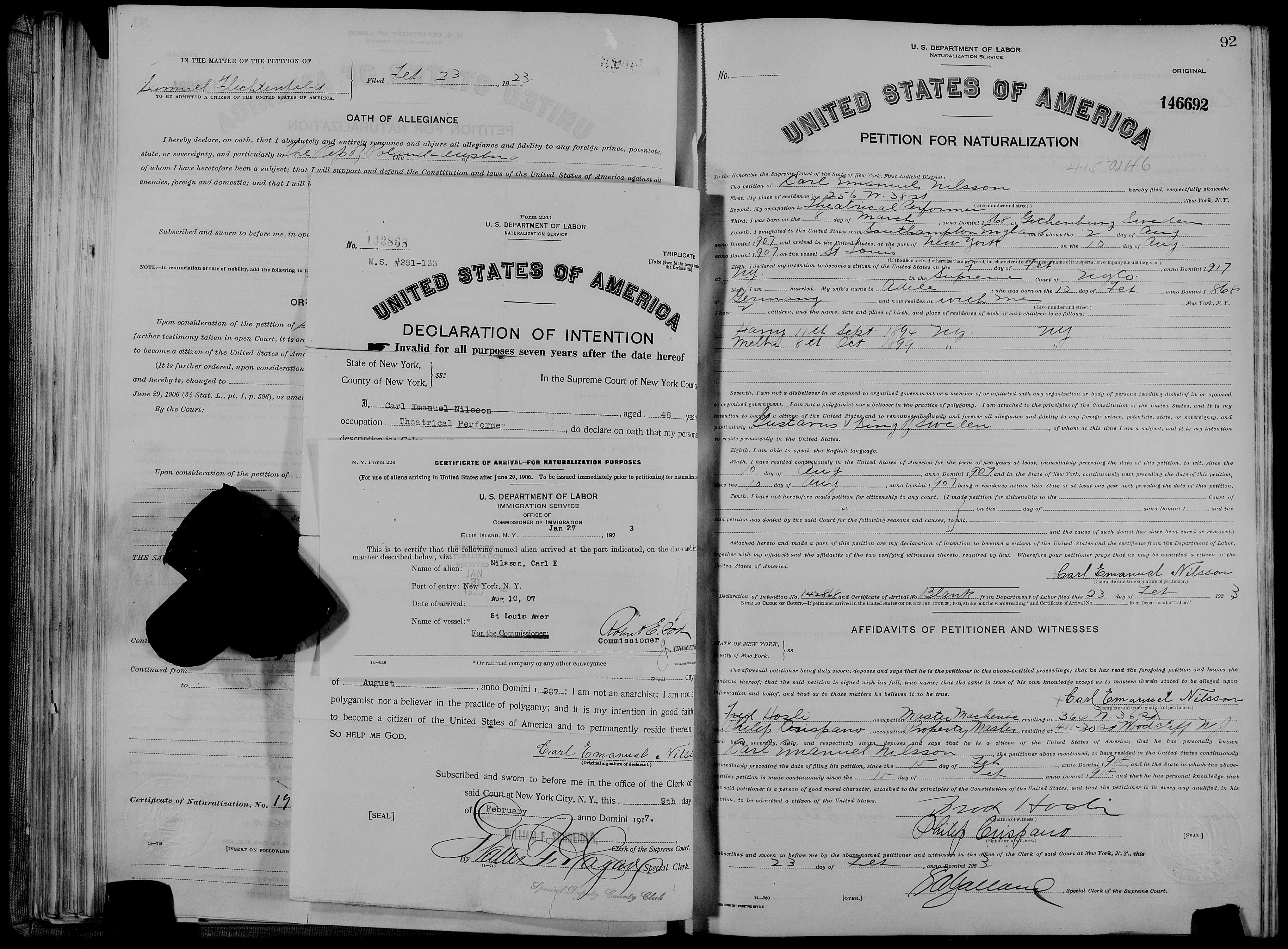