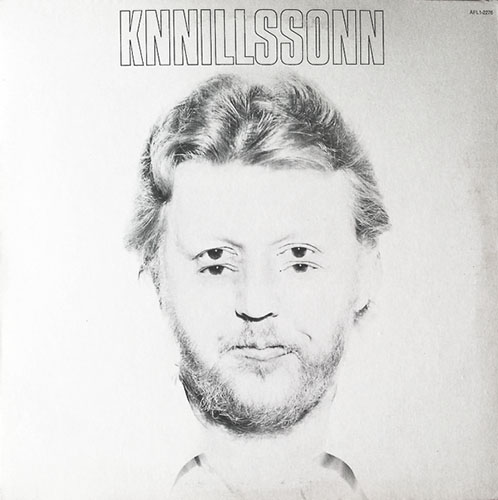 Harry has said that Knnillssonn is his favorite of his albums.

Knnillssonn was Harry Nilsson's last album for RCA. He felt it was not promoted well enough by RCA so he asked to be let out of his contract.

When asked about the name of the album, Harry remarked that everyone else misspells his name so why can't he?

All of the songs on Knnillssonn are written by Harry Nilsson. Instead of the usual electric guitars, piano, and horns, the music is provided by strings (arranged by Mike McNaught).