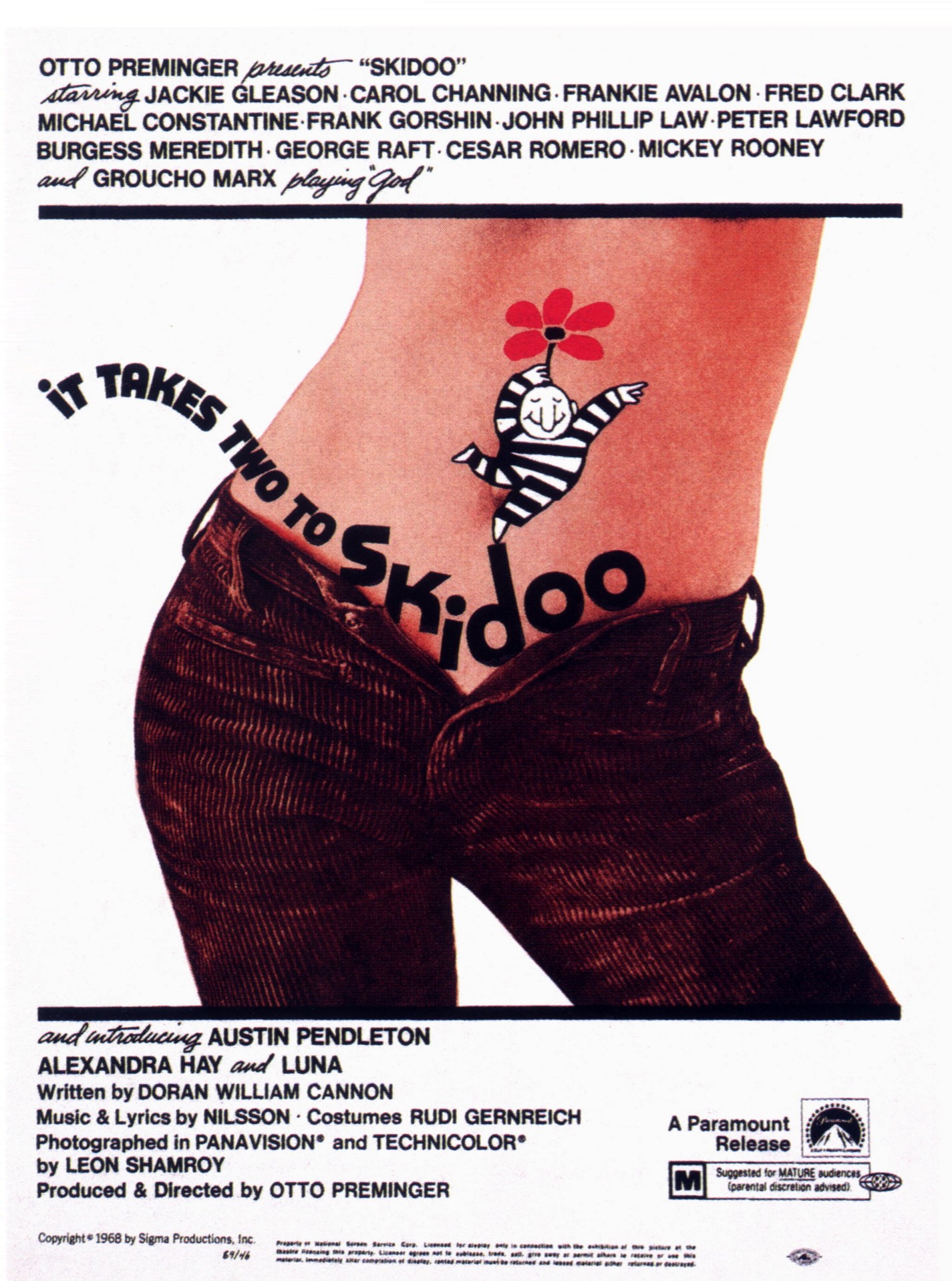 In Skidoo, an ex-gangster is called out of retirement by a mob kingpin to carry out a hit on a fellow mobster.

As well as making a cameo appearance in the movie, Harry Nilsson composed the songs and score for Skidoo. Nilsson actually sang the closing credits for the film.

Blond, pug-nosed Harry Nilsson (known simply as Nilsson) wrote the music for the film and distinguishes himself by singing the titles cleverly at the end, which as it turns out is the high point of the picture.[1]

"About one in a thousand will have the temperament to like this." -- Leonard Maltin

During the making of Skidoo, the FBI investigated how the Bureau would be portrayed in the film. The Smoking Gun has copies of FBI memos on Skidoo.

Harry invited his father's family to the premiere of Skidoo in Miami. The premiere was held at the newly opened Byron Theater on December 19, 1968.

To promote the film, Harry appeared with Skidoo's director, Otto Preminger, in an episode of Hugh Hefner's TV program "Playboy After Dark." One of the songs Harry performed on the show was "Cast and Crew."