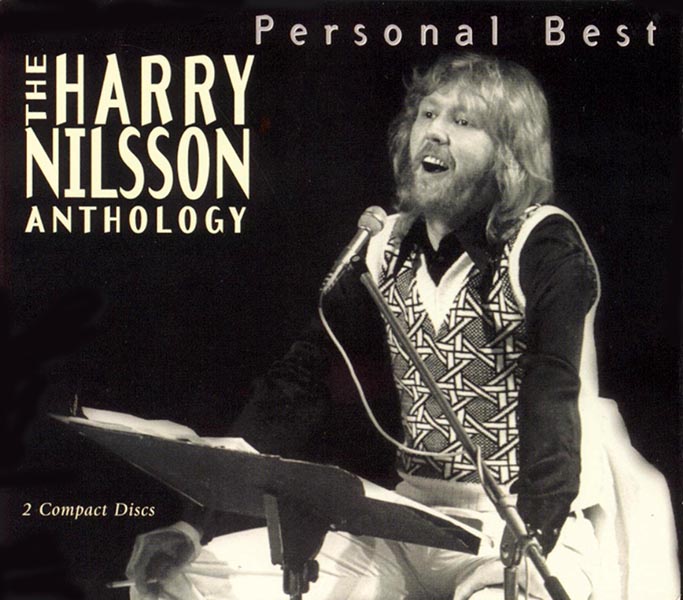 Personal Best - The Harry Nilsson Anthology is a collection of Harry's best. Produced with the help of Nilsson and his wife Una Nilsson, the album contains 21 tracks spread across two CDs. Included is a nice booklet with a biography and photographs.

"A surprising two-discs' worth of catchy, witty songcraft." -- Rolling Stone

"A vastly needed 2 CD collection of the late songwriter's finest work. 'Personal Best' is the best reissue of all time, except for a few other things." -- Bamm

"This collection serves as a better memorial [than For The Love of Harry: Everybody Sings Nilsson]. It lets Nilsson's work speak for itself." -- People

"A collection that captures Nilsson's wit, humor and mercurial brilliance as songwriter and performer." -- Billboard