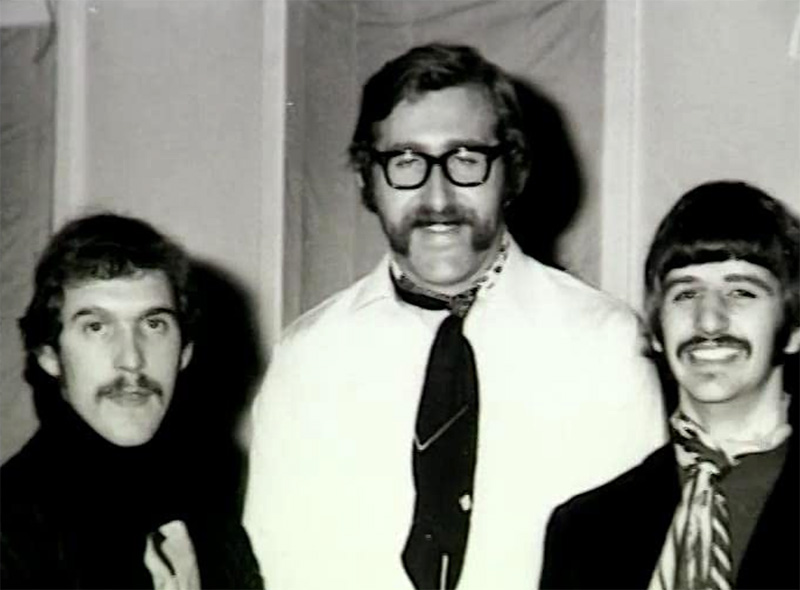 Malcolm Evans was the road manager and good friend of the Beatles and, later, Harry Nilsson.

On the night of January 4, 1976, Fran Hughes, Mal's live-in girlfriend, called the police to report that Evan's was despondent and had a gun. When the police arrived, Evan's pointed the rifle at them. The officers fired six shots, four of them hitting Evans. [1]

Years later, Harry Nilsson continued the story in response to an interviewer's question:[2]

I got a call from his [Mal Evans's] girlfriend, who said she was in jail and was being held as a material witness and that the police had just shot Mal to death. So I said, "Jeezus! Slow down, where are you?" She told me and I went down and got her out. Took her home and gave her some valium. My wife and another friend went over and cleaned the apartment. That was a braver thing than I did.

The next morning, I put her on a plane to Philadelphia and I went down to Forest Lawn and said I was sort of new at this, but what happens next? I said that I thought he should be cremated because it's cheaper for the family. So they cremated him and as I was walking out, I said, "By the way, how do you get these ashes to London?" They said, "Well, we have these cardboard cylinders." I said, `You'd send a mother the remains of her son in a cardboard box? What else do you have?" And they said, `We have this beautiful diamond-encrusted ruby old . . . We have this brass thing here with emeralds." So I picked out a nice sort of shape that looked expensive and was appropriate, and sent that to London.

A couple of days later, Neil Aspinall from Apple called and kept saying, "Harry, Harry! Where's Mal?" And I said, "Well, I sent him". And he said they couldn't find him, he's not here, and his mother's downstairs and his wife Lil is here and they're all crying, what am I supposed to tell them?" So we sent out tracers at both ends, and eventually I got a call from the airport that they'd found him. I asked where, and they said, "In the dead letter office!"