Only You {Lennon Version} music_note 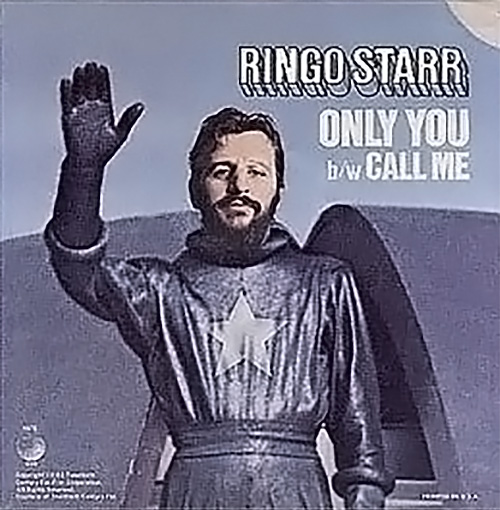 Ringo Starr released his recording of ''Only You" for his 1974 album "Goodnight Vienna." It was released as a single reached number six hit on the US Billboard Hot 100 chart and reached number one on the Easy Listening.

Harry Nilsson provides harmony vocals on the song and appears with RIngo in the film made to promote the single.

"Only You" by Ringo Starr (with Harry Nilsson)