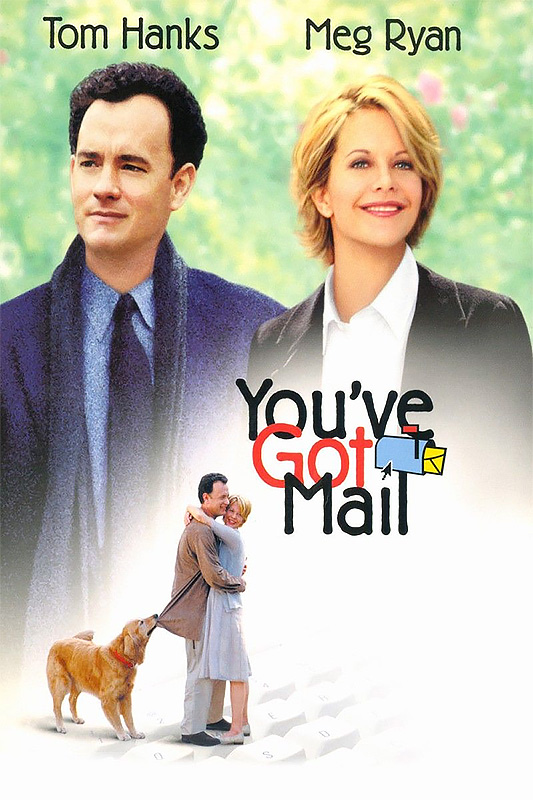 The plot of "You've Got Mail" centers on Joe Fox (Tom Hanks) and Kathleen Kelly (Meg Ryan) as their relationship progresses from an Internet-based, e-mail courtship to a live in-person romance.

Although Sinead O'Conner performs Nilsson's "I Guess The Lord Must Be In New York City" on the You've Got Mail soundtrack CD, Nilsson's version is used in the film. Three other songs in the soundtrack are also performed wonderfully by Nilsson. "The Puppy Song" (from Nilsson's Harry album) is a joyful pop number originally written for Paul McCartney's protégé, Mary Hopkin. "Remember (Christmas)" (from Son of Schmilsson) is a moving and beautiful ballad. Nilsson's final contribution to You've Got Mail is his version of the classic "Over The Rainbow" (an outtake from his 1970 album of pop standards, A Little Touch of Schmilsson in the Night).

The way I like to do the music is, usually there's something in the script. What we started with here was the song "Tomorrow" [sung by a little girl in one scene]. What I knew was that it was a song you associate with children, but that has some resonance for adults. So I was going through Harry Nilsson, because I've always loved him, and I found the first song in the movie, "The Puppy Song." We could have scored the entire movie with Harry Nilsson. He has so much innocence, and to me that's the replica, musically, of the children's books that are used in the movie. It's finding the musical equivalents of those books.