Harry and The Bear photo 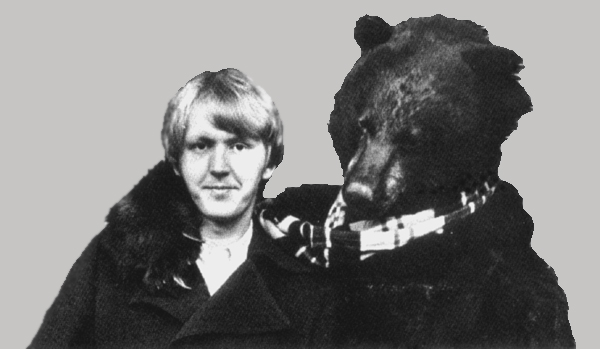 Inside the gatefold cover of Harry Nilsson's Harry album are some photographs of Harry with a bear. Harry's friend Bill Martin donned the bear suit for the photo session.

It was the only bear suit in town, and it was made from an actual bear. You had to be inside the bear and look out through these rows of teeth, and Harry’s in a cold-weather type overcoat and a muffler, but it was 103 degrees up in Laurel Canyon. Dean Torrence was doing the photography, and we’re both sweating like pigs. Then the bear seemed to return back to life after about 15 minutes. I could see the steam coming out from the bear’s mouth. I smelled like bear for three days!