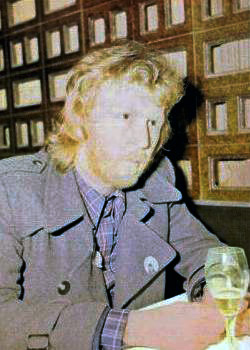 In 1974, Panini-Modena released "Picture Pop Sticker #64" featuring a photograph of Harry Nilsson on the front and a brief biography of the singer/songwriter on the back.

The bio on the back says: 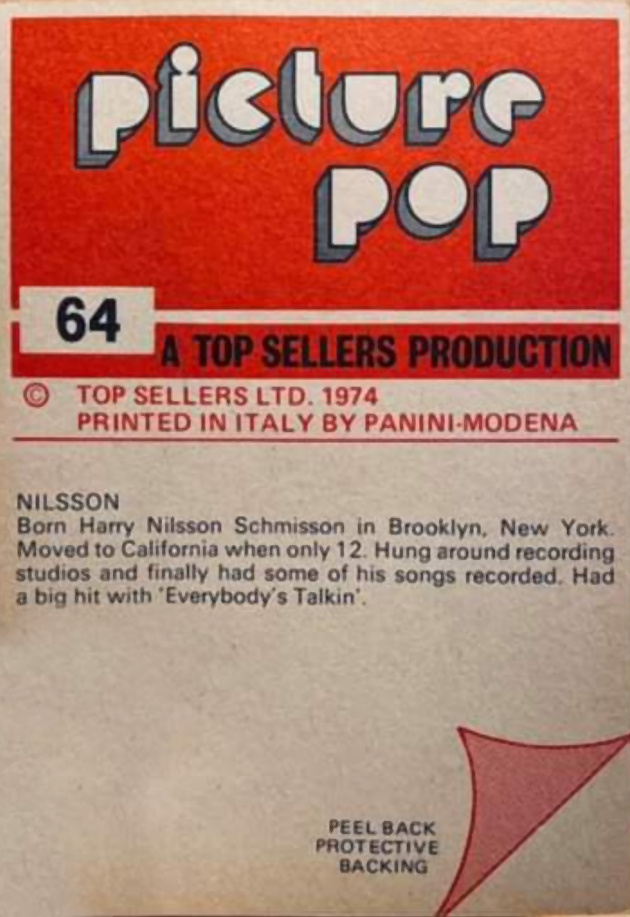 Born Harry Nilsson Schmisson in Brooklyn, New York. Moved to California when only 12. Hung around recording studios and finally had some songs of his recorded. Had a big hit with 'Everybody's Talkin'.