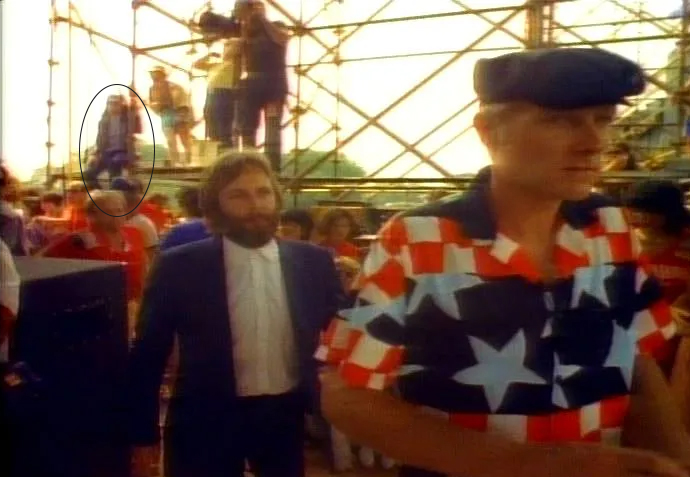 Harry Nilsson crashed the Beach Boys July 4, 1982, concert on The National Mall in Washington, DC. Ringo Starr played drums during the concert. Harry can be briefly spotted in the film of the event as shown in the documentary, The Beach Boys: An American Band. Harry is sitting on the scaffolding to the left of and above the group in the photo.