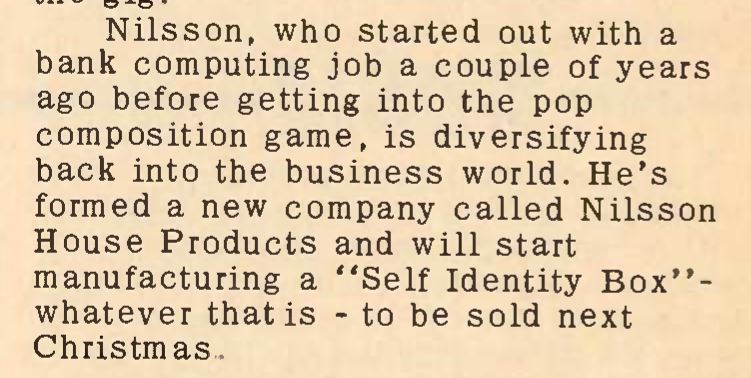 In a "Pop Scene Service" article distributed to newspapers by the Bell Syndicate in late 1968 or early 1969, Nilsson is said to have developed a "self-identity box":

It also explains why he is in a totally unrelated venture, manufacturing a self-identity box which says *'hello . . . I'm . . . (person's name), a gimmick item with special appeal for conventions[1]

Nilsson, who started out with a bank computing job a couple of years ago before getting into the pop composition game, is diversifying back into the business world. He's formed a new company called Nilsson House Products and will start manufacturing a "Self Identity Box" - whatever that is - to be sold next Christmas.