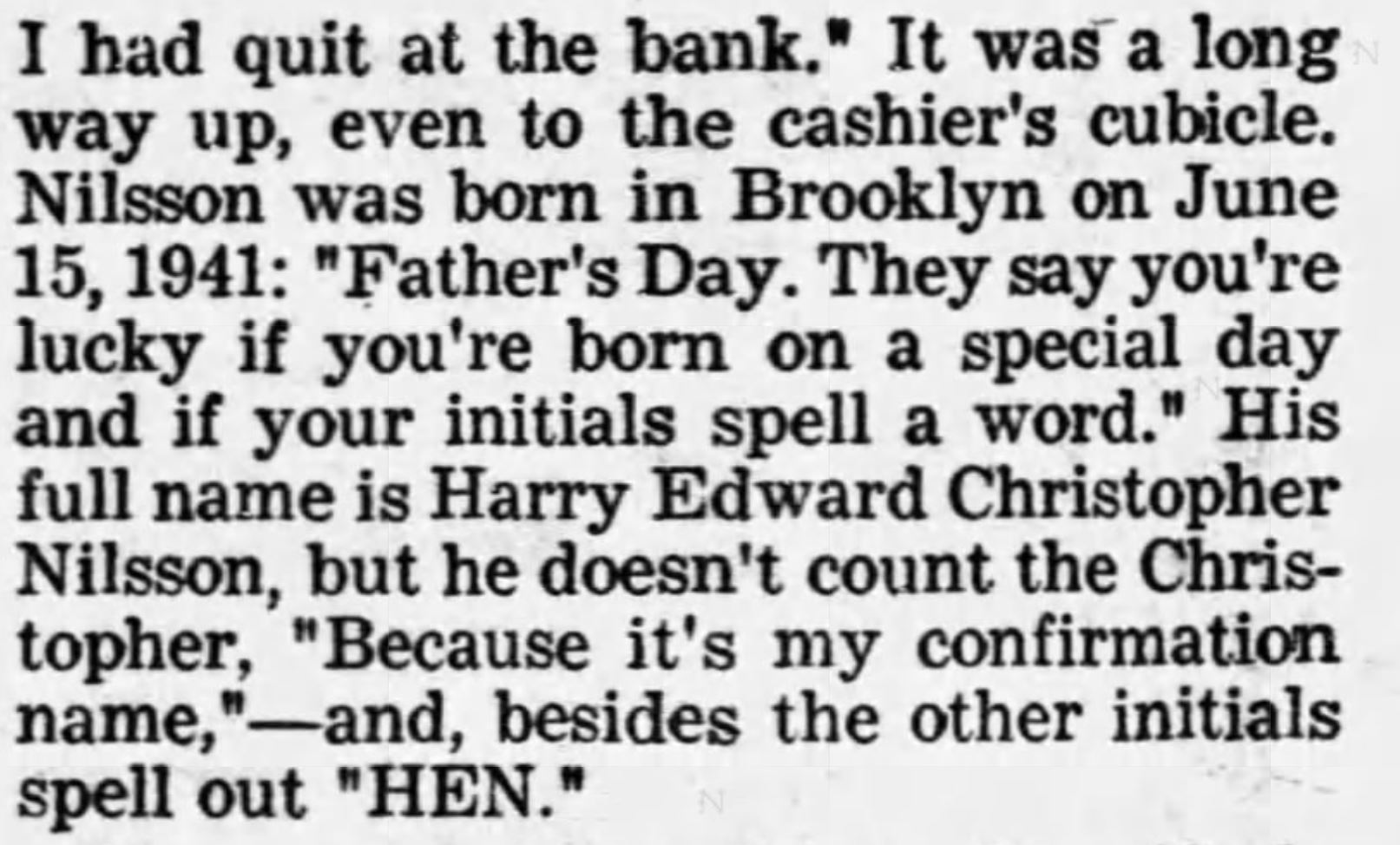 In a 1968 interview, Harry Nilsson stated that his full name is "Harry Edward Christopher Nilsson." Noting that he was born on Father's Day, Nilsson said, "They say you are lucky if you're born on a special day and if your initials spell a word." So, he continued, he doesn't include "Christopher" in his name "because it's my confirmation name" and because it prevents his initials from spelling the word "hen."[1]