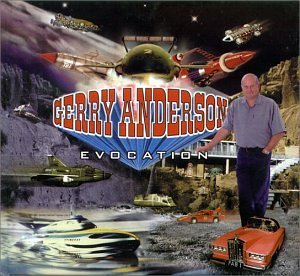 One of a series of CDs released by EMI which contain music selected by a well known film or television personality.

"Thunderbirds" producer, Gerry Anderson, included Harry's "Who Done It?" among his song choices.

The CD comes in a pouch at the back of a square booklet that has 30 pages of text and stills from TV shows that Anderson produced.