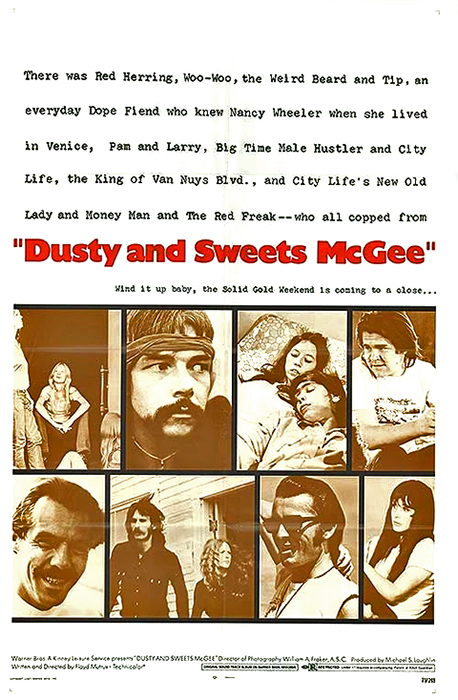 Dusty and Sweets McGee is a "docudrama" featuring real addicts re-living their lives on-screen. The film was released in 1971 to mostly enthusiastic reviews. But after a Time Magazine review saying the film was "too much absorbed by the mechanics of addiction," the studio pulled the film from release.

Harry Nilsson's "Don't Leave Me" is heard in the film and appears on the soundtrack album.