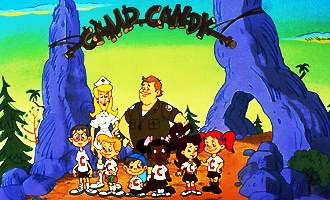 "Camp Candy" was an animated TV series starring John Candy as the head counselor of a summer camp for kids. The show's theme song was written by Harry Nilsson and sung by Nilsson and Candy. The series originally aired on NBC from September 2, 1989 to September 7, 1991.