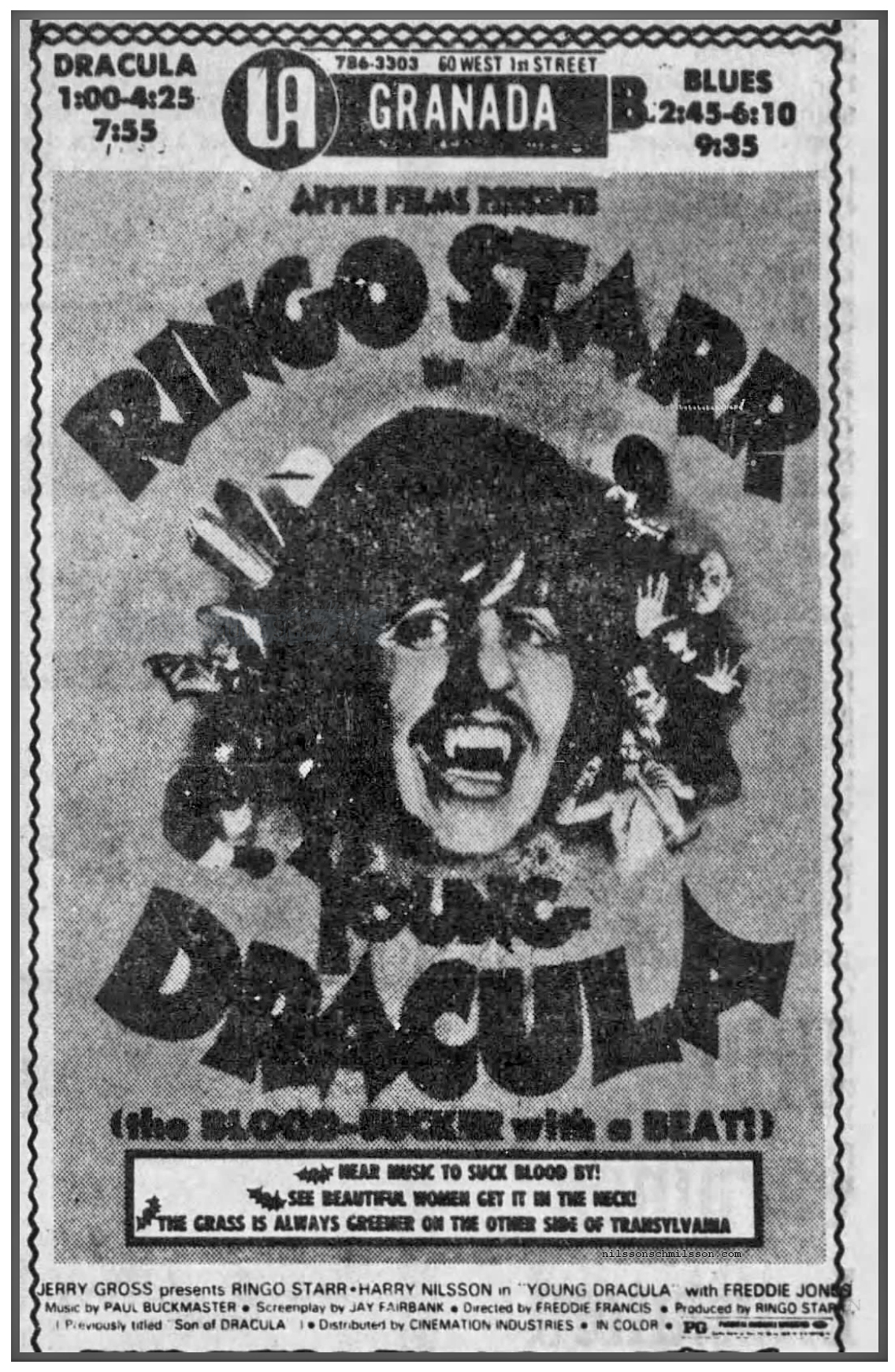 Some theaters retitled Son of Dracula as "Young Dracula" - apparently to capitalize on the popularity of the 1974 film Young Frankenstein. 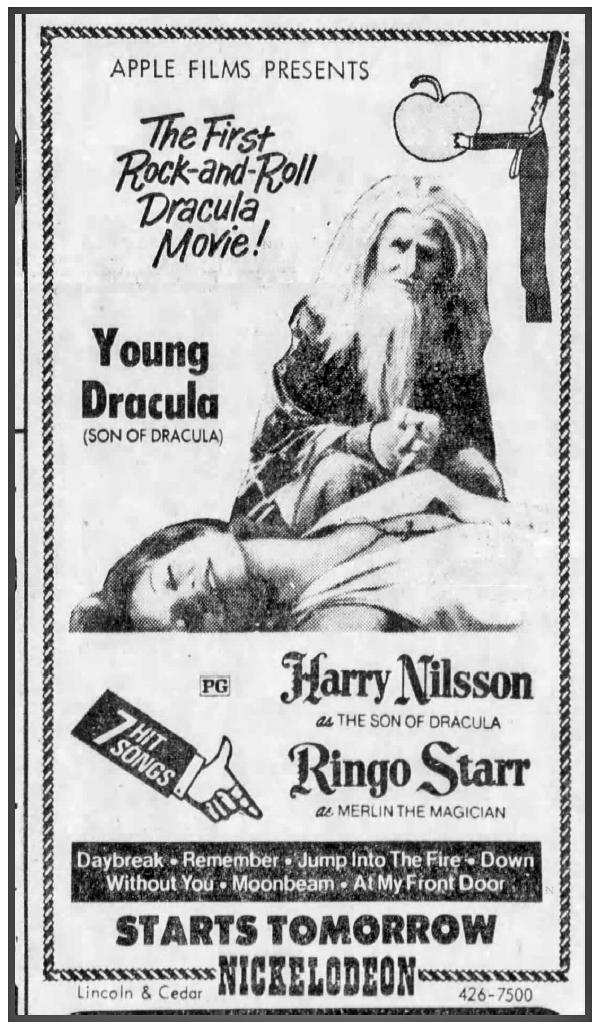 When Son of Dracula was screened on July 20, 2014, at the Forgotten Film Festival in Philadelphia, the print included a title card reading:

[...] SON OF DRACULA is a stone-cold bore with Ringo's dull playing maybe a notch above Nilsson's. Freddie Jones does good work as Baron Frankenstein, the villain of the piece, but that's about it. It's no mystery why this film has stayed buried since the 1970s. The Exhumed print had a YOUNG DRACULA title card clumsily inserted into the opening titles. Obviously, someone somewhere tried to pass the film off as a sequel to YOUNG FRANKENSTEIN.