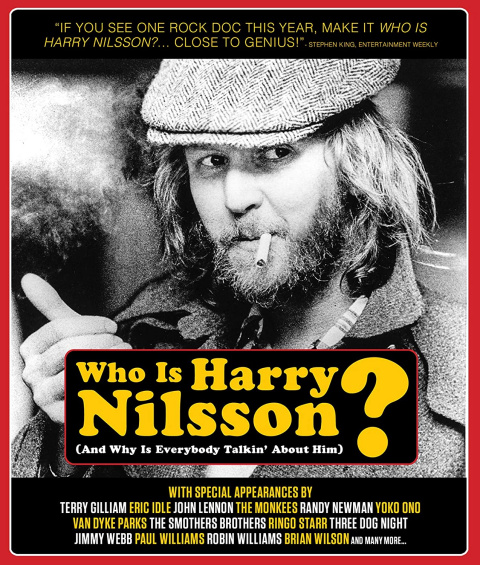 Who is Harry Nilsson (And Why is Everybody Talkin' About Him?), a documentary about Harry Nilsson, is now available on Blu-ray.

The disc includes the documentary plus the following special features:

The special features are presented in standard definition.

As I write this, the Amazon.com listing for "Who Is Harry Nilsson?" on Blu-Ray says it is a Region 2 disc:

This is not correct. The Blu-Ray will play in all regions - A, B. and C.