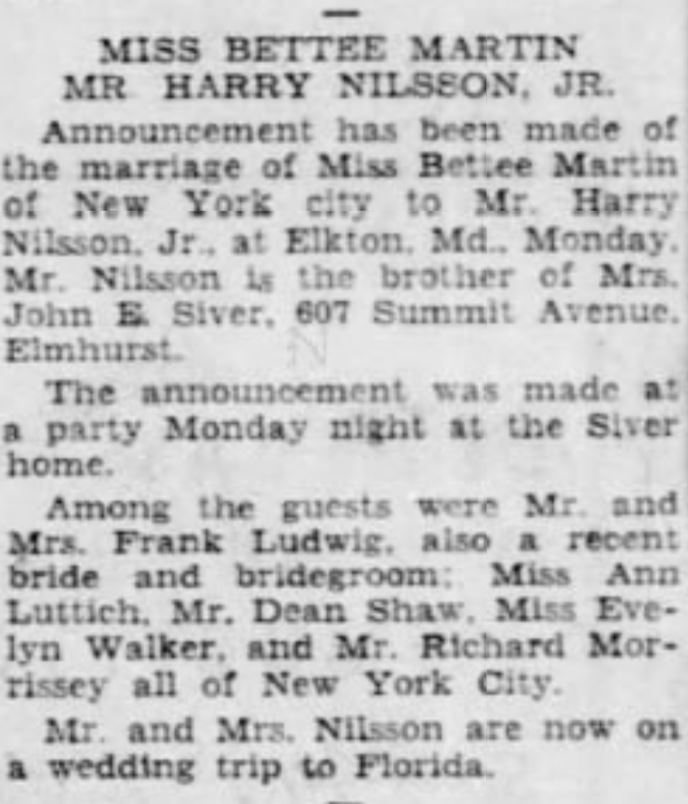 Harry Nilsson's parents, Harry Edward Nilsson, Jr. and Bette Martin, were married on September 16, 1940. An announcement of their upcoming nuptials appeared in The Morning News (Wilmington, Delaware) on September 12.

The announcement states that the groom is the brother of "Mrs. John E. Siver" of Elmhurst, New York and that the announcement was made at a party at her home. Guests at the party are listed: Mr. and Mrs. Frank Ludwig ("also a recent bride and bridegroom"); Miss Ann Luttich; Mr. Dean Shaw; Miss Evelyn Walker; and Mr. Richard Morrisey.

The article ends with "Mr. and Mrs. Nilsson are now on a wedding trip to Florida."