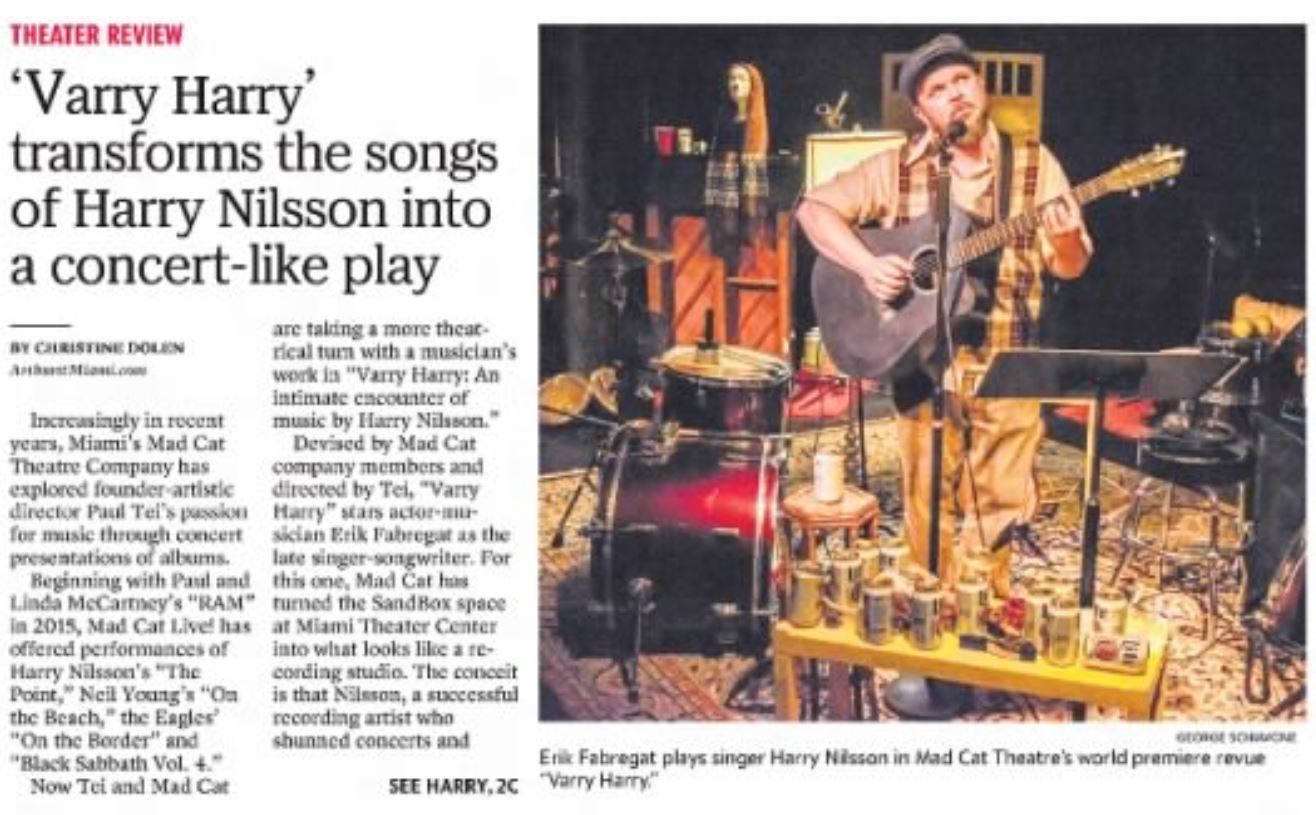 "Varry Harry" is a performance by Miami's Mad Cat Theatre. Directed by Paul Tei, the production was based on the premise that Harry Nilsson (played by Erik Fabregat) reacted to the poor reception of his 1975 album Duit on Mon Dei by planning a concert. More a conceptual concert than a play, the production follows Harry as he rehearses songs for the live performance. There is minimal dialog.

The production was staged in March of 2018 at the Miami Theater Center.

Though Fabregat is great, "Varry Harry" is not as strong in execution as it might be were it a more richly developed theater piece. The actor stays in his zone as a musician in a studio, never looking at or acknowledging the audience, which doesn't quite know whether to applaud after each song - the natural impulse - or not. He has a bit in which he takes a call from Nilsson's ex-wife, flying into a rage, but that dramatic moment is a rarity. "Varry Harry," which runs not much more than an hour, exists in a creatively blurry space somewhere between a fully realized theater piece and a concert. It does, however, have a compelling star in Fabregat.