The Story of Eric  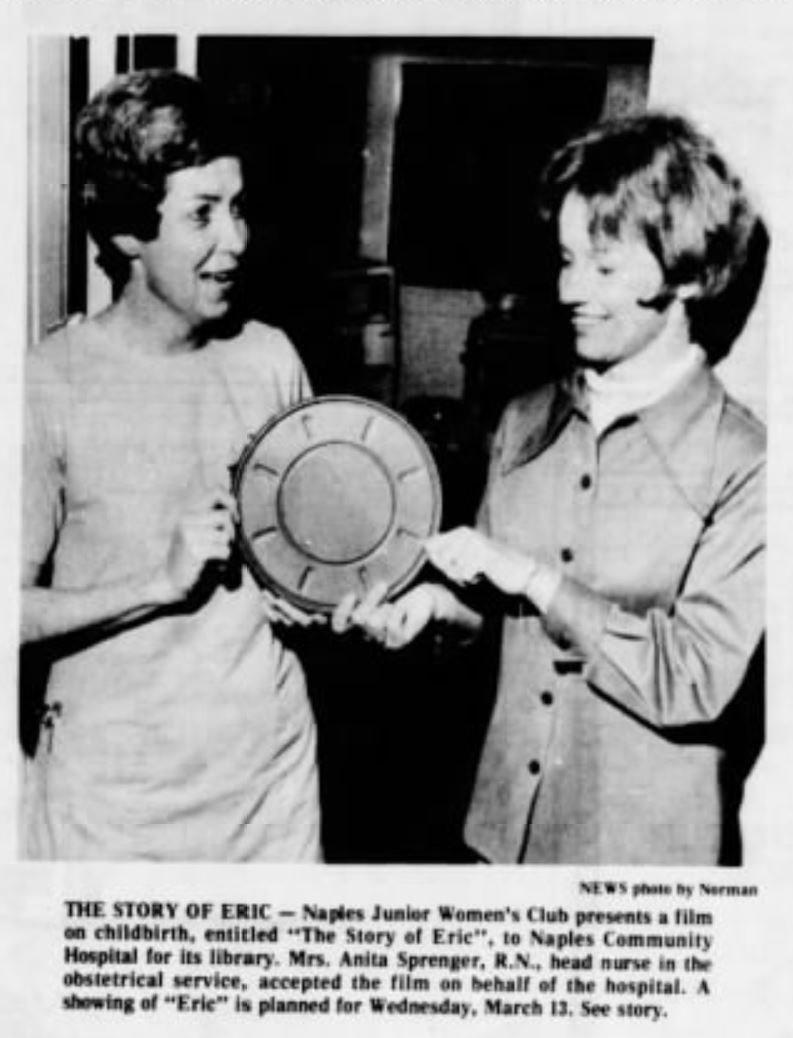 The Story of Eric is a 34-minute color documentary which follows a young mother through her first childbearing experience to help educate parents about the Lamaze method of prepared childbirth.

Harry Nilsson wrote and sang, "I Am Waiting" for the film.

"Harry wrote and sang the song for a little film about Lamaze childbirth done by some friends we had met during our own Lamaze adventure in 1970-71 which culminated in the birth of Zak." -- Diane Nilsson

One of the most wonderful things about The Story of Eric is that it was a completely volunteer effort. An asset of being in Los Angeles is that it is the film capital of the world. I had many movie people in my classes and was always lamenting that we didn't have an up-to-date film. (We were showing a French film, with Dr. Pierre Vellay and Mme. Blanche Cohen, which was wonderful and very charming but the plant in the delivery room was a big subject of discussion! It truly was a French film.)

The New York City Chapter of ASPO had been collecting money and trying to get a film project going for quite a long time, but nothing seemed to actually be happening. Then one day, we received an anonymous donation (I believe it was for $5,000) with a note saying, "Do something about 'the film'." A young producer, David Seltzer[1], and his wife, Alice, were in my class at that time and we became friends. As we discussed the dilemma of 'the film' - rather, the lack thereof - David said, "I'm between projects right now. I'll call in all the favors I'm owed in the business and I'll do it." It was an incredibly generous offer and did he come through!

It was a huge job and he produced, wrote, and directed it all - and he did call in all the favors he was owed! I am still awed and profoundly grateful to all the L.A. Lamaze Chapter members who worked and raised money for direct expenses (such as film); to David; to all the cameramen and sound technicians; and to Harry Nilsson, composer, musician, and Lamaze parent, who wrote the music for the film. No one was paid! The spirit, excitement, and generosity were not something usually associated with Hollywood.

The New York City Chapter was not so happy however, for they wanted control over the film, the script - all of the project. We had quite a row over it; however, as time was of the essence due to David's schedule, we went ahead with the film. I think the result speaks for itself.

There were other challenges as well. For example, there was the question of the featured couple for the film. Since it was a "right now" project, I approached the people in my current class. After it was all discussed, Wendy and Rich Johnson were most willing and seemed as if they would make good subjects. They were the last in the class to give birth and we had no backup. It was obviously a "meant-to-be!" One of the cameramen later said that he had agreed to do the film, believing he would never marry and have children and, therefore, wanted to be present at a birth. He was so overwhelmed by the experience that, after the birth, he kept following Wendy's gurney down the hall, kissing her and telling her, "I love you, I love you!"

After the film was "in the can," we had no editor. The project came to a stop. Several months later, I happened to ask the husband of one of my students what he did for a living. He replied, "I'm a film editor." His fate was sealed! John Farrell[2] spent six weeks in the editing room, creating the finished The Story of Eric.

For me, the best thing about the film was that every part of it was a gift, given from love, from appreciation for Lamaze childbirth, from a sense of community, and from the fun of working together to make it happen. I am forever grateful to all who made it happen!