I was doing work for various fanzines in the late 1960s and early 1970s, mostly to work on my writing skills. Ed Romeo, who published a comic book/science fiction/art fanzine called Realm asked Doug Potter to contribute a comic strip to the next issue. Doug contacted me and I thought of the very visual story-song "Rainmaker" by Harry Nilsson and Bill Martin. The strip appeared in Realm #5 (October 1972).

I took a different approach to writing each of the five pages. The first page was a caption-only page, setting up the story. The next page used several lines from the song. The third page was all visual, with no words. Page four was all dialog. And, the final page was a full page shot.

Since we were both fans of Carl Barks and Scrooge McDuck, Doug fashioned some of the characters after ducks as a homage to Barks.

This was a fan (i.e. non-payment) effort for fun and went over very well. Doug has since done a lot of comic book and illustration work. He produced the highly acclaimed Denizens of Deep City for Kitchen Sink in the late 1980s. I went on to a career in journalism 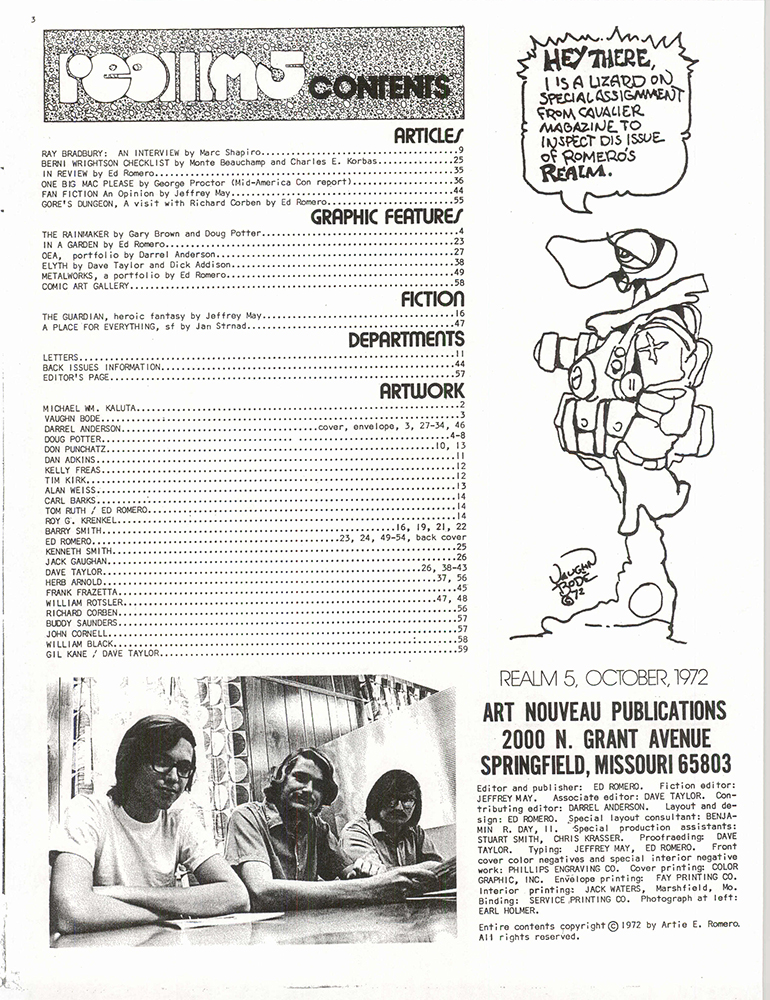 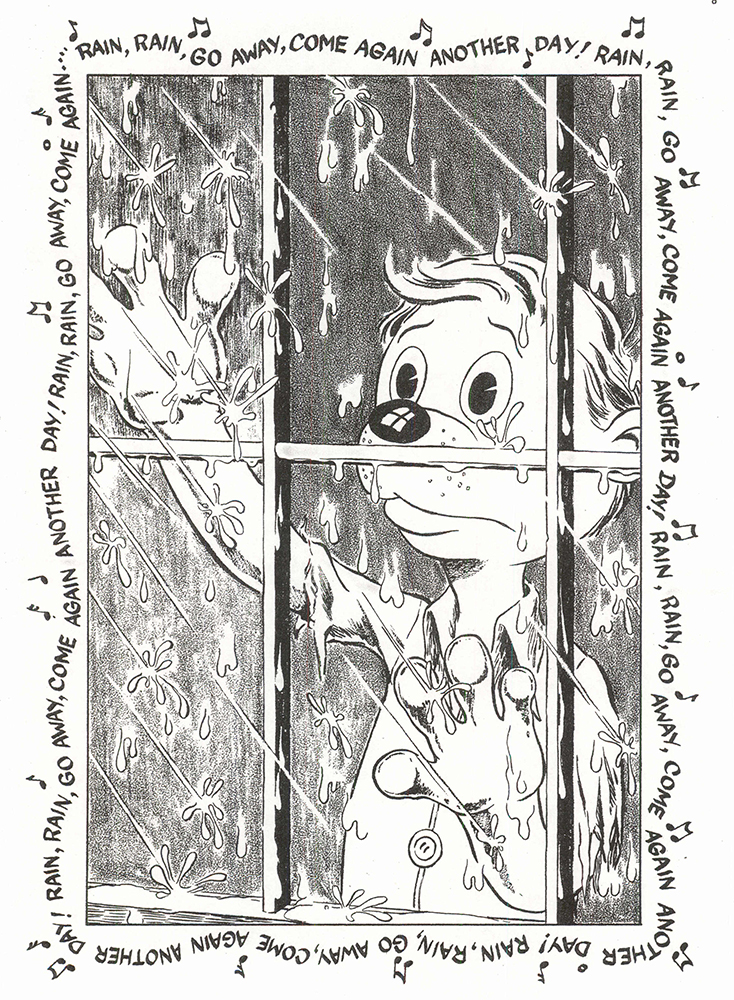