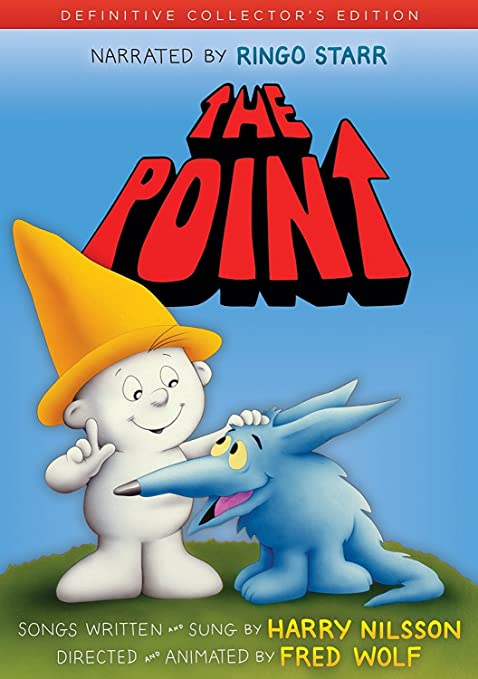 Directed by Academy Award-winner Fred Wolf, "The Point" tells the story of Oblio, a round-headed boy living in the land of "Point," where everything and everybody has one. Oblio, along with his trusty dog, Arrow, is banished to the Pointless Forest. The tale is narrated by Ringo Starr and includes songs written and sung by Grammy Award-winner Harry Nilsson. The definitive collector's edition.

Bonus Materials on the DVD and Blu-Ray include "Four Never-Before-Seen Bonus Featurettes Sure To Entertain, Surprise and Amaze!":