Shell Shocked: My Life with the Turtles, Flo and Eddie, and Frank Zappa, etc.  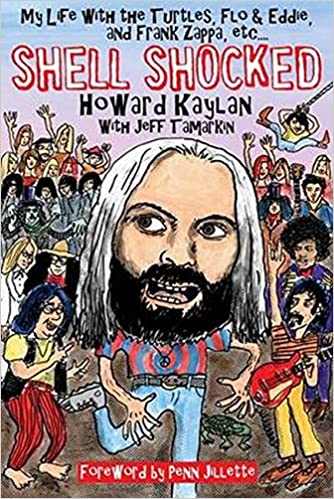 Howard Kaylan's memoir of his days in Turtles and Flo and Eddie includes many stories involving Harry Nilsson. He describes how Chip Douglas asked Harry to back Turtles for the recording of Nilsson's "The Story Of Rock And Roll."

Harry played piano and Chip produced. Mark and I recorded ourselves on track after track, combining our falsettos into a divine gospel glory that Chip named the "Incredivoices." The record was really great, got released as a single, and should have worked. Yet, it stalled midway up the Billboard Hot 100 chart, thereby fueling the label’s anxiety even further. Now they weren’t sure that Chip had been the correct choice either.

The end of Kaylan's memoir begins with a poignant passage describing his last meeting with Harry Nilsson.

About two months before his death in 1994, Harry Nilsson called me up. This on its own wasn't unusual. We spoke often. [...] He picked me up at Andy Cahan's little studio where he was recording the last songs he had written in the hopes that his music would live on. He needn't have worried: Harry is a legend. [...]

And we drove. That's all. We drove into the valley, past the shopping centers and the record stores. He needed to stop at In-N-Out Burger and I sure didn't challenge him. The entire time, we listened to Harry's old music. The hits. The masterpieces.

When "The Puppy Song" played, Nilsson's eyes filled with tears. "Dreams are only made of wishes and a wish is just a dream you hope will come true."

"I was a pretty good singer once, wasn't I?"

"You're the best there ever was." I told him, meaning every word. I was tearing up too.

[...] "Once I was a king, Howard. Now look at me. I'm just waiting to die." There was nothing that I could say. He dropped me back at my car and went off into the sunset.