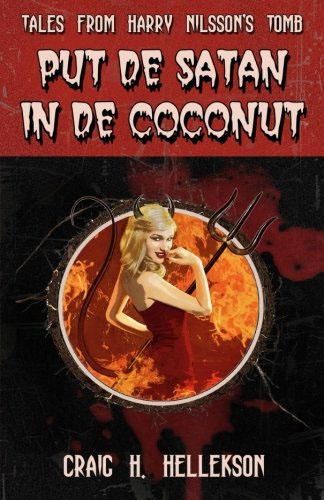 Legendary singer-songwriter Harry Nilsson died in 1994. That sucked. He was damn good. Did you know that he wrote such classics as, "Jump into The Fire," "Gotta Get Up," and "Without You?"[1] Did you know that he annihilated more Brandy Alexanders than all the Russian tsars combined? Did you know that he partied his ass off with John Lennon? Did you know that he came back from the dead? It's all true. Please join undead Harry Nilsson as he plucks maggots from his moldering body and thrills you with four bile-filled tales of sick humor all loosely inspired by the classic Tales from The Crypt comic series. First fright, Josie accidentally makes bargain with a Yiddish-texting psycho with unintended circumstances. Then drool as man-child Kenneth gets reborn in the foulest manner possible. If you haven't suffered a stroke, then you'll enjoy a story of creepy young man with an awful secret. Finally, a tale of vampires and ghosts that will make you squirt with joy.