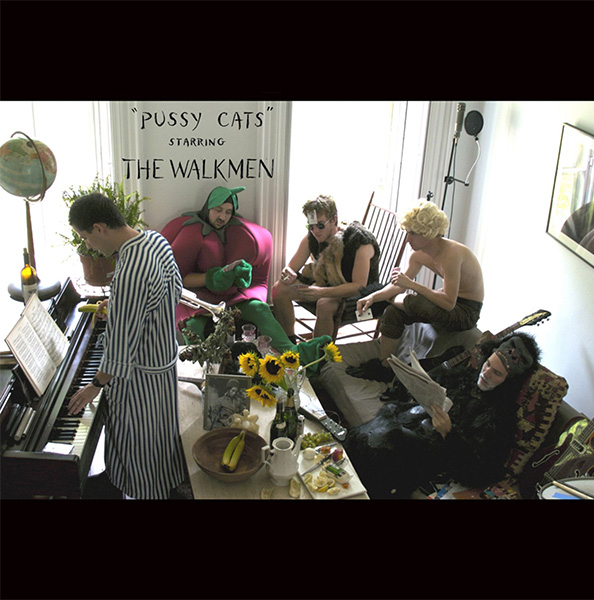 In January of 2006, while finishing the final mix of A Hundred Miles Off, members of The Walkmen joked about recreating Harry Nilsson's Pussy Cats album. But, with a month off before touring to support their new CD, the jokes turned into an actual recording session.[1]

"I think Paul maybe came up with that idea and it just sounded fun." according to Walkmen's lead singer, Hamilton Leithauser. "We did it sort of quickly, but it turned out great. I mean, we're not going to make any money off of it."[2]

Just as the original album featured Lennon, Nilsson, and many of their buddies, The Walkmen invited their own friends to join them. The Walkmen were joined by vocalists Ian Svenonius, Quentin Stoltzfus, Alessandra Maria, and Rockwell. Also on hand were "a string quartet, a saxophone player, an upright bass player, and forty-one backup singers (later to be named 'The Saturday Night Marcata OBBQ')."[3]

A DVD containing a 20-minute documentary film about the making of Pussy Cats Starring The Walkmen was included with the initial release of the CD.