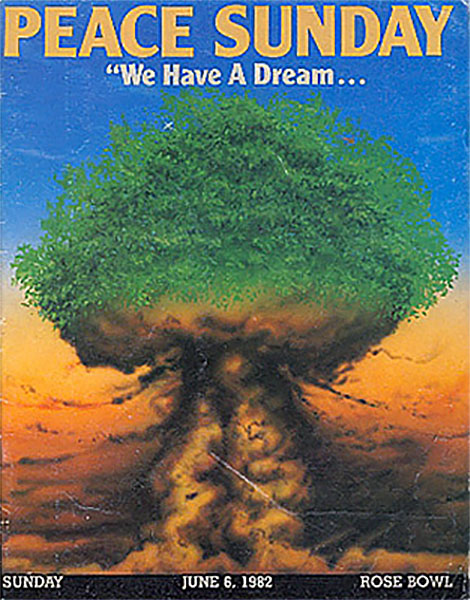 Although the Associated Press and other sources describe Harry Nilsson as one of several speakers, he did not appear on stage at the event. He was, however, in attendance and spoke to reporters.

We've got to shake hands and organize against violence and this [gun control] us part of it. We're killing ourselves. There may already be enough handguns in this country to kill us all. But, this whole thing is massive. That's why I talk about no difference between the little and big bullets. We'll be dead just the same. It's gotta start somewhere to stop it. I told myself I would do this for one year. It's already been two. It's like an opiate and you do, I have, gotten addicted to it. It does become an obsession because the job is never done.

-- Interview with Salley Rayl at the Peace Sunday rally[1]