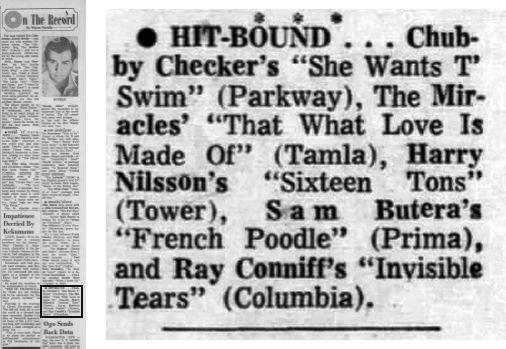 Published on September 8, 1964, this is the earliest newspaper article found so far to mention Harry Nilsson as a musician. Wayne Harada's "On the Record" column in the The Honolulu Advertiser (Honolulu, Hawaii) lists Nilsson's recording of "Sixteen Tons" as "Hit-Bound."