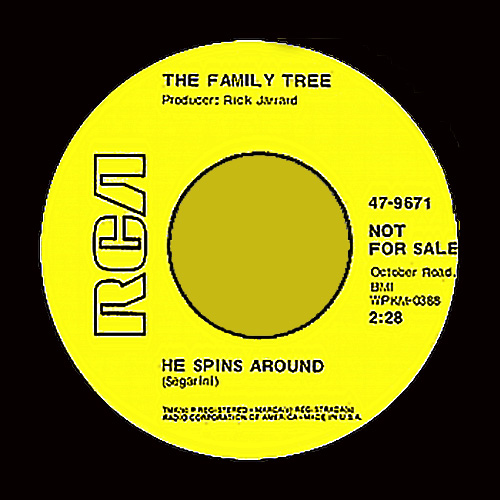 "He Spins Around" is a song written by Bob Segarini and recorded by his group, Family Tree in 1968. The recording was produced by Rick Jarrard.

Segarini (who co-wrote "Miss Butter's Lament" with Harry) wrote "He Spins Around" about Harry. The Family Tree recorded the song which was released as the B-side of single in 1968. "She Had To Fly" was on the A-side. Neither song was released on an album.