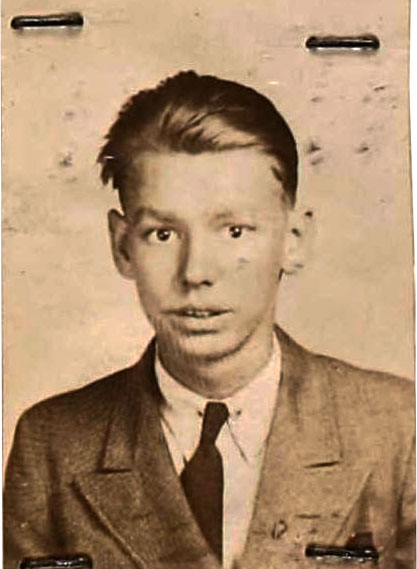 Harry's father, Harry Edward Nilsson, Jr., was about 22 years old when photographed in 1939. The photograph was attached to his registration for a Seamen's Protection Certificate (a form of identification carried by American seamen). Nilsson used the name "Henry Edward Nilsson" on the form, originally signing his name "Harry" then striking it out and adding "Henry E" before adding an extra "Henry E. Nilsson" signature. [1] 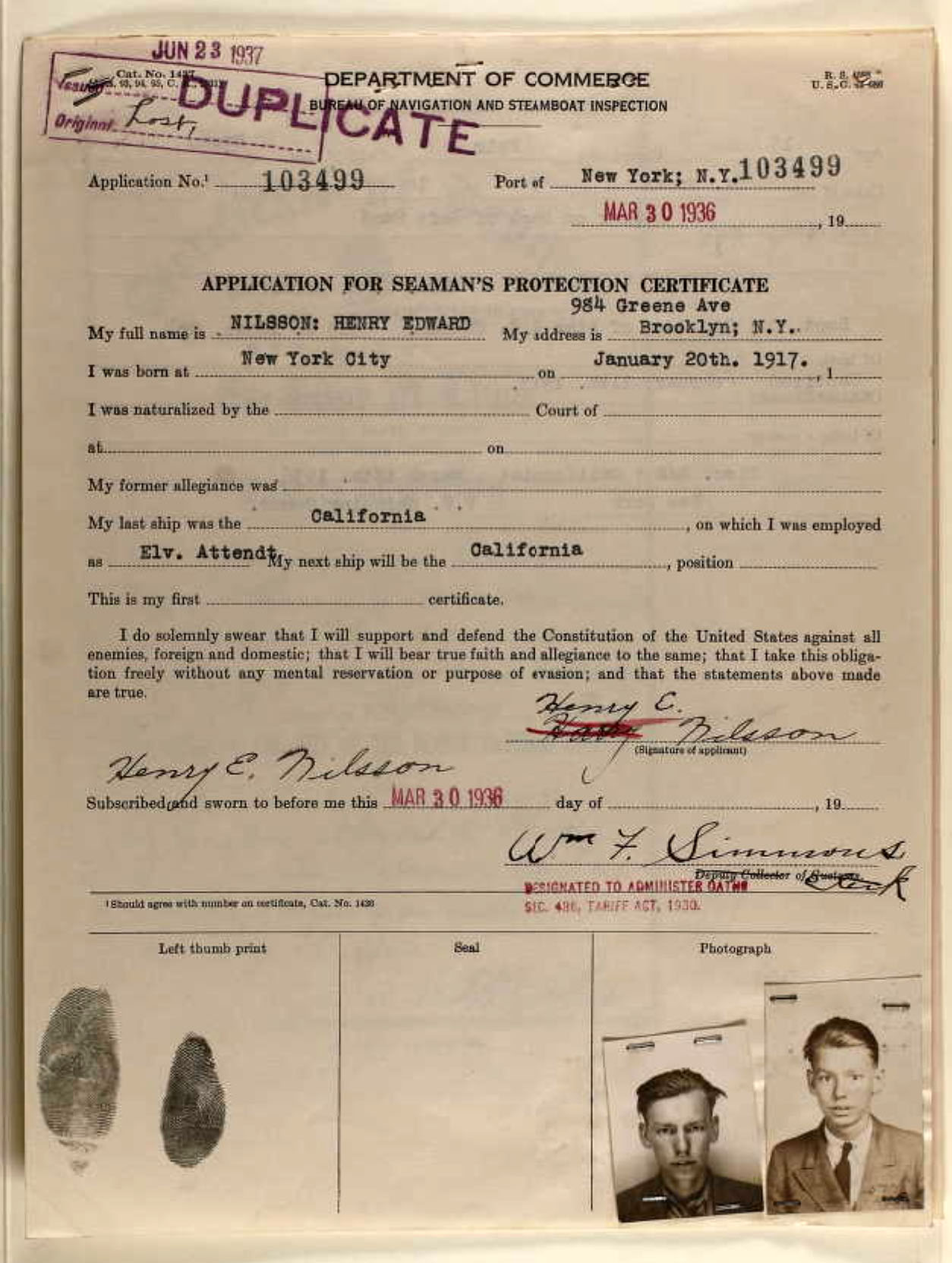