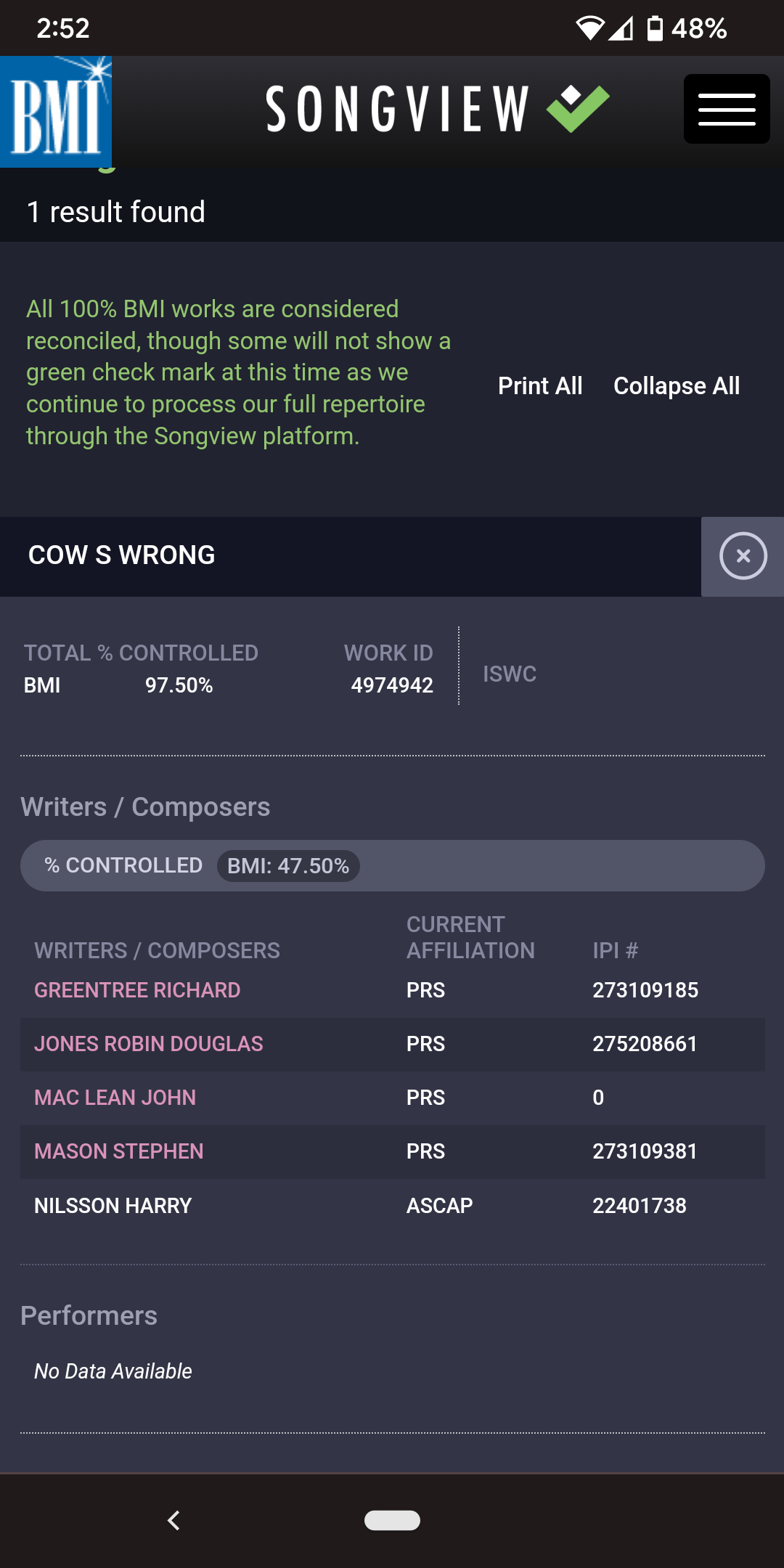 Since Harry apparently had nothing to do with "Cow's Wrong," the BMI database is probably wrong. Most likely it should have listed a song called "Won" as being written by Harry and the members of the band. The Beta Band's "Won" includes samples of Harry's recording of "One."