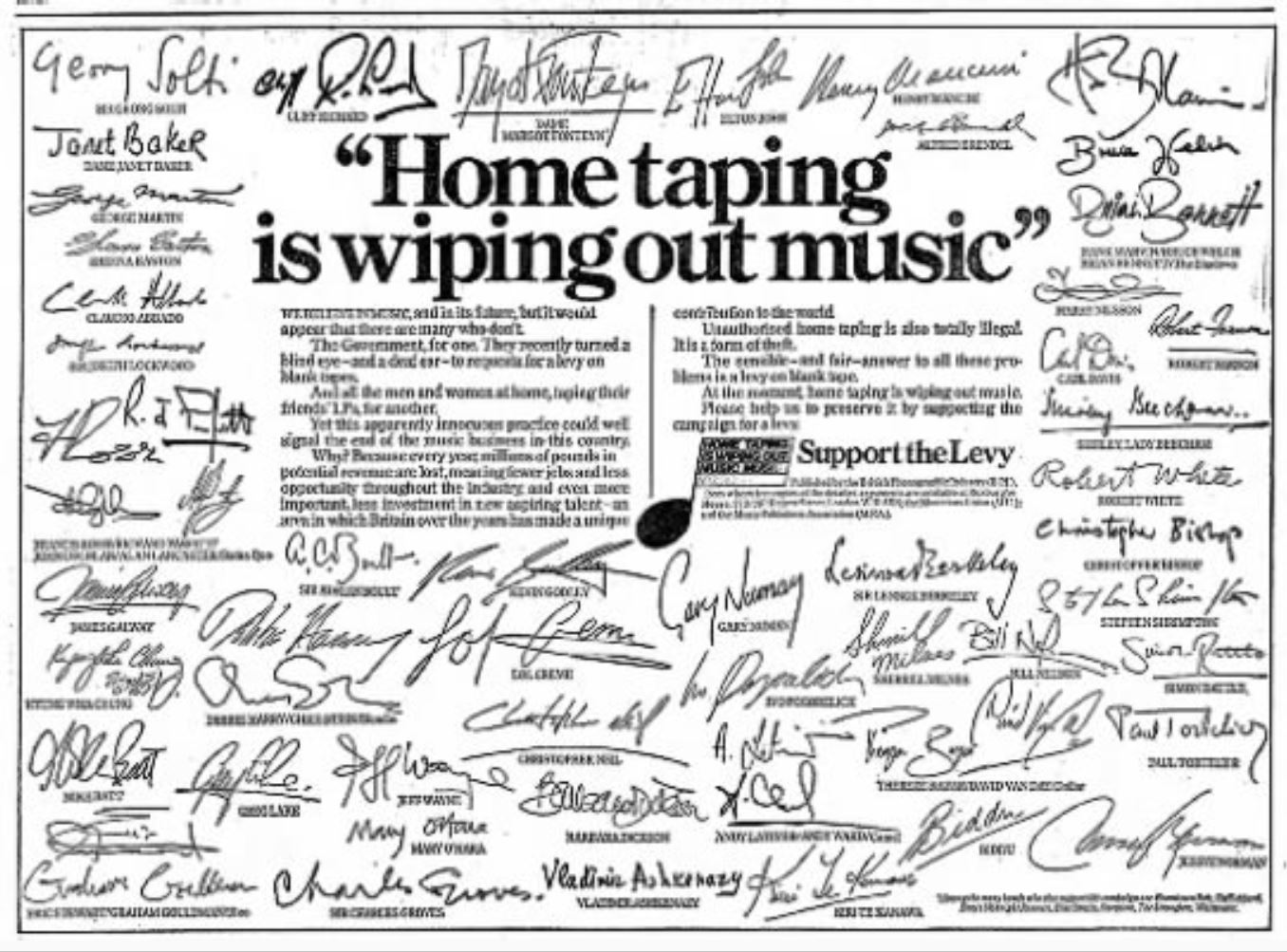 In 1981, the British Phonographic Industry placed ads in publications including The Guardian calling for a tax on blank tapes and recording equipment to counter the loses from illegal copying of music. Harry Nilsson was one of the artists whose name and signature appear in the ad.[1] 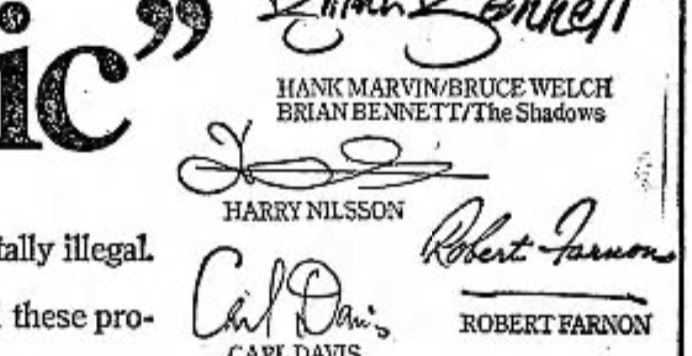