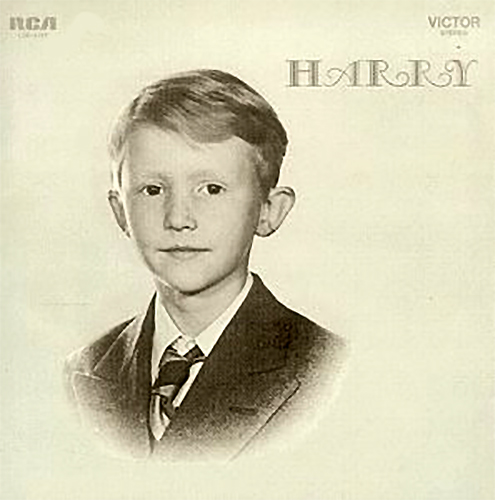 Harry Nilsson, who usually goes by just his last name, is a musician's musician. Like Randy Newman, Van Dyke Parks and a few others, all of whom seem to reside in southern California, he writes incredibly wonderful songs and remains obscure. Nilsson's first record, Pandemonium Shadow Show (RCA), was an underground hit, appreciated by the Beatles and other trend-setters but generally ignored, except by other performers, who took the song "1941" off it and sang it over and over. The story of the lure of circus life is going to be a classic. The same thing happened to Aerial Ballet (RCA), and this time the song was another number, "One." This song, after being sung all over creation, finally even made it to the top of the hit parade in a rocked-up version by Three Dog Night a year after Nilsson introduced it. Well, it's going to be hard to pick the wonder song on Harry (RCA), Nilsson's latest. There's "The Puppy Song" which he originally wrote for Mary Hopkin's first album at Paul McCartney's request. Then there's one called "I Guess the Lord Must Be in New York City" and another, "Open Your Window." They are all winners. From the cover picture of Nilsson as boy to the liner notes -- song lyrics, plus wonderful illustrations -- to the song-crammed record (13 in all), this album may be the best produced in 1969. The public may also ignore it. The combination is nothing new for Nilsson.